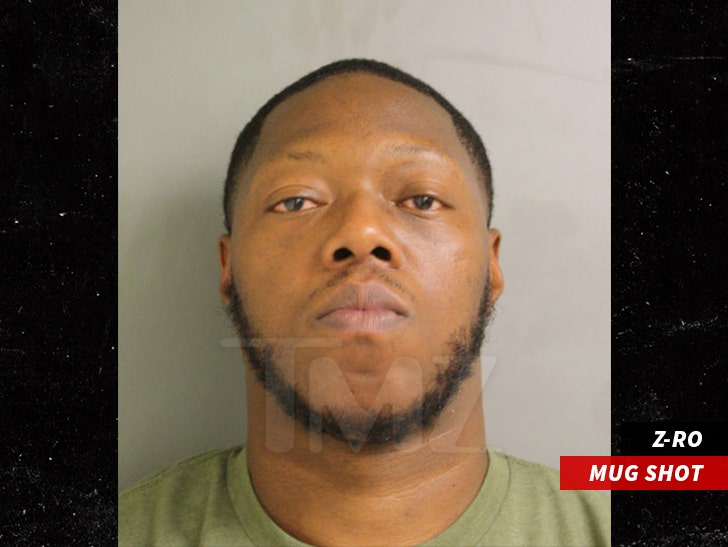 Z-Ro brandished a handgun throughout his prolonged assault of his ex-girlfriend, and repeatedly made death threats against her ... according to cops.

In the police report, Just Brittany says she and Z-Ro had planned to meet at Ruth's Chris Steakhouse in Houston on April 29, but the restaurant was closed. Instead, she says Z-Ro told her to come over to his place and, after a brief convo about the failed dinner date ... the beating began.

According to the report, Z-Ro slapped, punched and dragged her around his house while holding a pistol. Brittany told police, roughly 90 minutes into the assault ... she got sick and vomited. She asked Z-Ro for permission to use the bathroom. Once she was in there, she grabbed her mobile phone and started recording.

When she walked out ... the beating and verbal abuse continued. In the report, she says Z-Ro told her, "You're dead." Brittany asked why he'd pushed her, and demanded ... "Get you f**king hands from around my neck!"

According to cops, the audio recording continued for about 21 minutes.

TMZ broke the story ... Z-Ro was arrested for felony aggravated assault. He's been ordered to stay 200 feet away from her. He was released after posting a $50,000 bond.