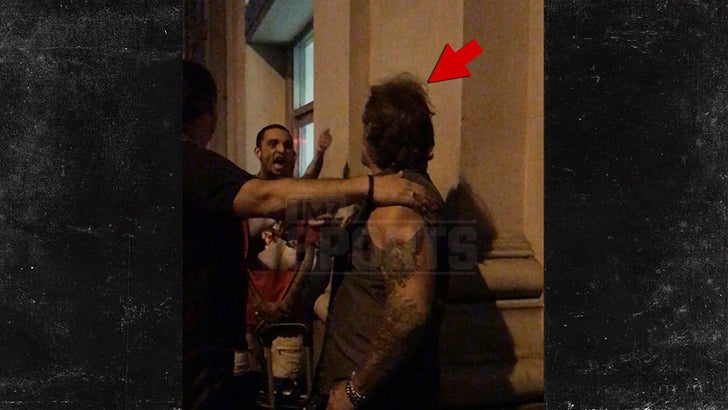 9:08 AM PT -- Chris just issued a statement to TMZ Sports saying, "David Z was a good friend of mine and I was mentally and emotionally shattered after paying tribute to him and essentially saying goodbye to him Friday night."

"I was not in a good state of mind at that time and instead of ignoring a pushy (aka rude) fan which is what I would usually do, I snapped. My apologies to all involved and God bless David Z."

Chris Jericho just added another name to his list.

The WWE superstar got into a heated shouting match with another man after an event in NYC on Friday night -- with the two cussing each other out right on the street ... and TMZ Sports has the footage.

It all went down outside Irving Plaza, where Jericho had just appeared at a tribute show for musician David Z, who was killed in a recent bus accident.

Witnesses tell us multiple people approached Jericho outside the venue asking for pics and autographs -- and while he obliged at first, Y2J started to get frustrated and began to turn people down.

That's when our video begins -- you can see Jericho and a guy who said he was a fan yelling at each other.

The fan said he was just trying to congratulate Jericho on a recent WWE match -- but Chris wasn't having it and told the guy, "F*ck your ass."

More cussing ensued -- and as the fan walks away, you can hear Jericho tell his friend, "These guys are f*cking pussies."

Ultimately, everyone left without further incident. We've reached out to Chris for comment -- so far, no word back. 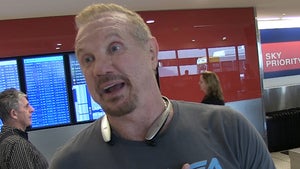 Diamond Dallas Page -- I Can Save Kobe ... Just Like I Saved Chris Jericho 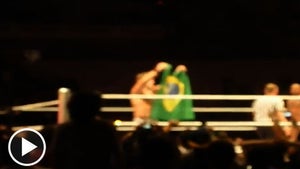