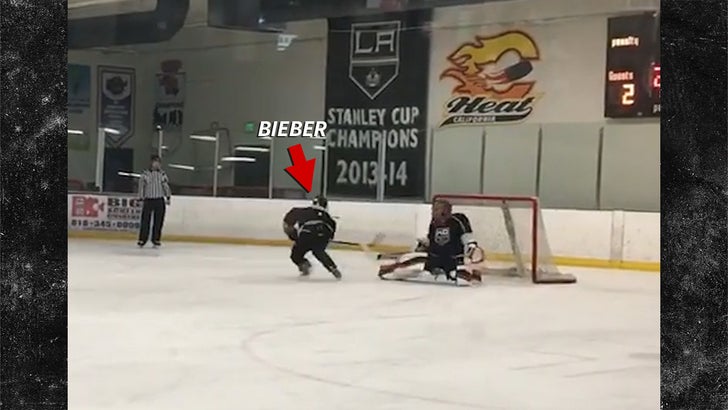 Justin Bieber's hockey skills are getting BETTER -- the pop star hit two penalty shots on the same ice where the Kings train and we gotta say ... the stick work is pretty good.

Bieber was playing a couple of games at the LA Kings Valley Ice Center when he was tapped to take a penalty shot in 2 different games.

He faked out the goalie -- both times -- going to his backhand to put the puck in the back of the net. 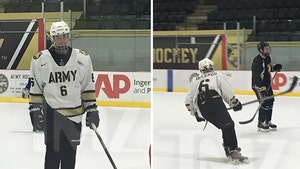