Giancarlo Stanton has been on such a hot streak lately his teammates had to cool him down a bit ... with an ice-cold beer shower!!

The Miami Marlins star broke the team's homer record with his 43rd dinger of the season Monday ... and his teammates celebrated the feat with brews and shaving cream!!

Stanton got drenched. His boys went crazy. It's freakin' awesome.

G.S. is crushing the league in homers this season -- he has 7 more than Aaron Judge (who's in 2nd place). 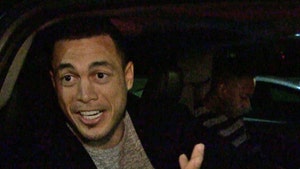