Duke's Grayson Allen -- one of the biggest stars in college basketball -- says he's ready, willing and able to mentor his new teammate Marvin Bagley -- the #1 high school player in the country.

18-year-old Bagley -- who was a junior at Sierra Canyon high school in L.A. -- just reclassified so he could play in college this upcoming season ... and announced he's going to Duke.

Which brings us to Allen ... a big-time player who's entering his senior season at Duke after a controversial junior year -- in which he was suspended for tripping an opposing player.

Grayson -- who was awesome when we saw him at LAX -- told us he's fired up for Bagley and can't wait to play with him.

FYI, Bagley is a 6'11", 220 pound super-athlete who became the undisputed #1 high school player in the country after dominating everyone ... he can dunk, shoot and play defense.

Should be fun to watch ... unless you're North Carolina. 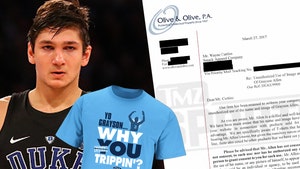 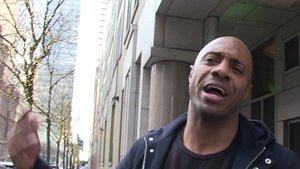