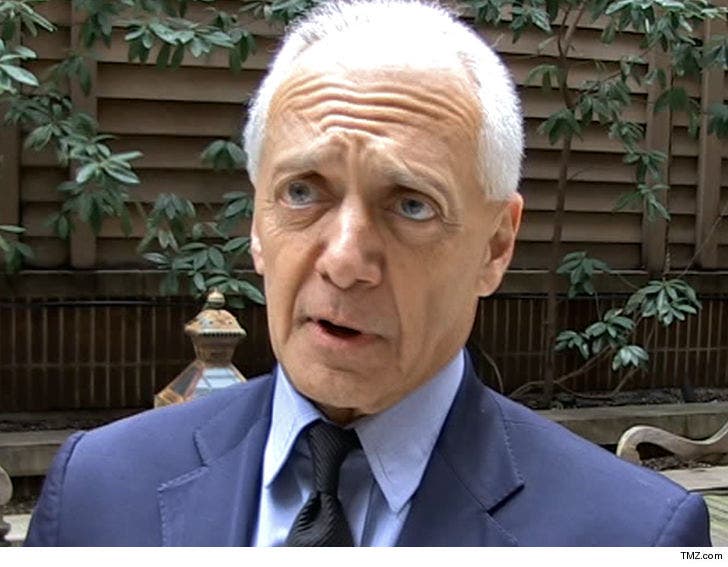 Mark Vincent Kaplan -- who has repped the likes of Stephen Collins and Kevin Federline -- allegedly forced his tongue down a client's throat and repeatedly told her he needed to bang her to focus on her divorce case ... so she says in a new lawsuit, but Kaplan says this is a revenge lawsuit after he sued her for skipping out on her bill.

Kathy Hakakian ﻿claims Kaplan sexually assaulted her numerous times and she was forced to withstand the attack out of fear he'd quit her divorce case.

Kathy says in November 2016 Kaplan insisted meeting at an L.A. bar where he urged her to booze it up to relax. She says he tricked her into showing him her phone, where he found a nude photo of her. She says Kaplan grabbed her, pressed himself against her and put his tongue down her throat.

Hakakian claims Kaplan insisted on driving her home, but he pulled over on a darkened street and started groping and kissing her. She says she demanded that he stop, but she says he responded, "Now I'm motivated to give your case my undivided attention."

She says she stayed on as a client, and at some point they had lunch at the Four Seasons in Beverly Hills, where she says Kaplan asked, "How's your p***y doing?" She says Kaplan told her, "If you let me see another naked picture of you, it will really help me to focus on your case." She got up and left.

But she still stayed on as a client. Hakakian says Kaplan coaxed her into his office for what she thought was prep for a deposition. They were alone in his office and she says he told her he wanted to have sexual intercourse with her, saying, "When this case is over, I'm going to f**k your p***y so hard from behind you won't know what hit you."

Hakakian, who's repped by attorney Paul Phillips, says when she left she told his receptionist what happened, to which the receptionist replied, "This isn't the first time I've heard that."

Kaplan's rep tells TMZ, he sued her August 7 to get more than $150k that she owes him for lawyer's fees. He says she didn't pay because she was upset with the result in her divorce which ultimately was handled by a different lawyer. Kaplan says her allegations are wild and untrue and he's confident the judge will see it his way.