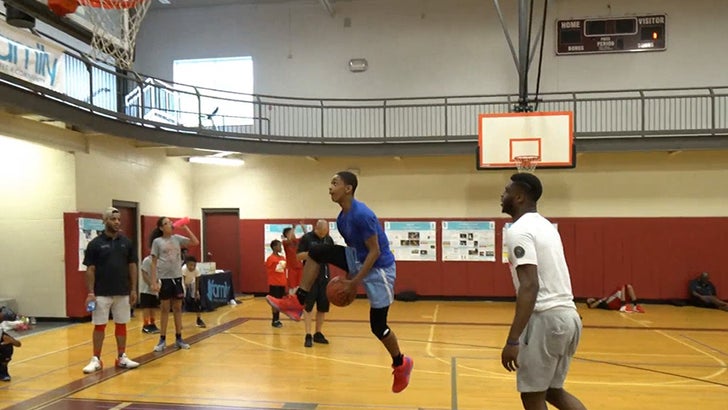 NBA star Emmanuel Mudiay made a dream come true for one of the best junior high basketball players in the country Tuesday ... when he challenged the 8th grader to some 1-on-1!!

It all went down at Mudiay's skills academy at the YMCA in Albany, NY where Mudiay took on 13-year-old Dior Johnson -- and the kid straight-up BALLED OUT!!

Mudiay clearly didn't go 100% -- he was wearing Vans -- but that doesn't take away from the crazy impressive shots Dior hit. At one point, he makes 5 straight 3-pointers!!

But Mudiay ends up getting his revenge by throwing the hammer down on the young baller to end the game.

FYI, Dior ain't no joke -- he's widely regarded as one of the top young prospects in the country ... and if things go the right way, you could see him in the 2023 NBA Draft. 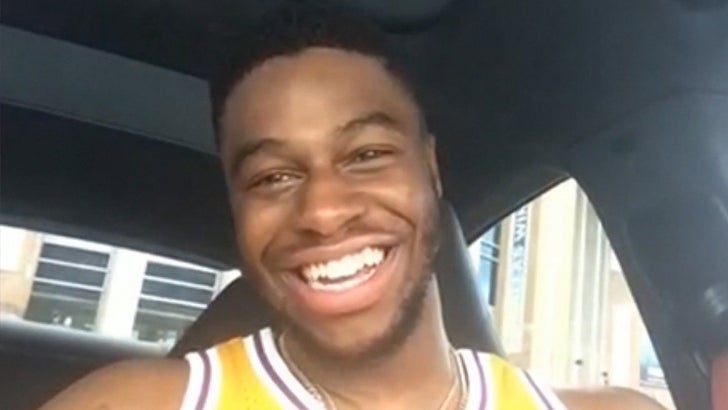 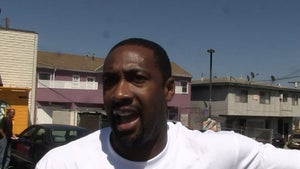