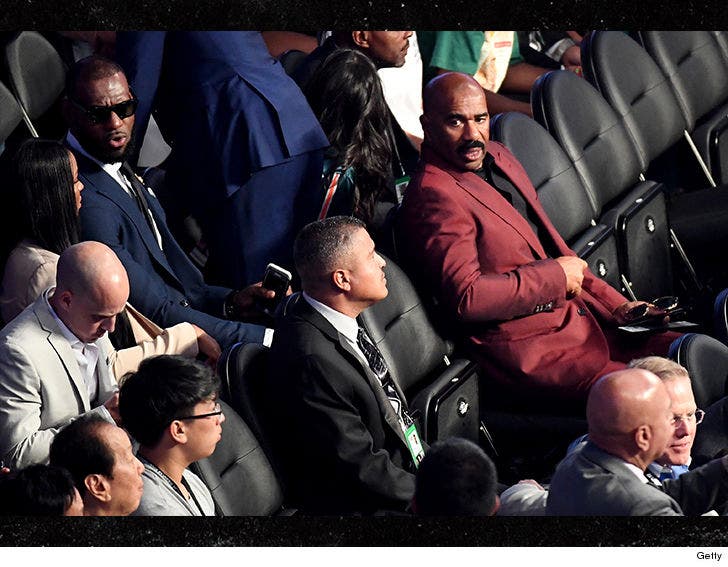 Who's the REAL winner of Floyd Mayweather vs. Conor McGregor?

Fight fans were blowing up social media during the bout ... trying to figure out how Steve had pulled a better ringside seat than mega-stars like LeBron James and Diddy.

TMZ Sports broke the story ... Ari Emanuel, the head of talent agency WME-IMG, got 250 tickets to dole out to celebs for the super-fight -- and we're told Ari and co. had a tough time deciding who got the sweetest set-ups for May-Mac ... the politics of seating were a "nightmare."

Turns out Steve's way high up on the food chain -- and we could tell he was having the time of his life in his primo seat.

Especially cause he didn't have to announce the winner. 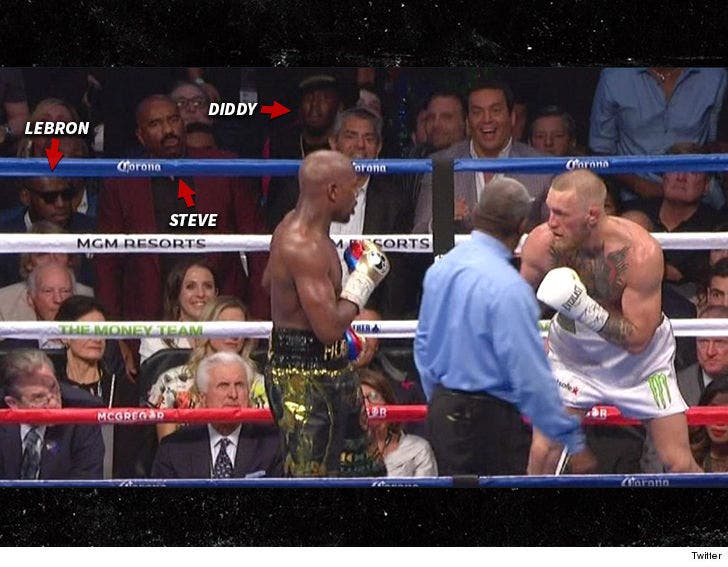 Floyd Mayweather Beats Conor McGregor, But It Was Close!!!