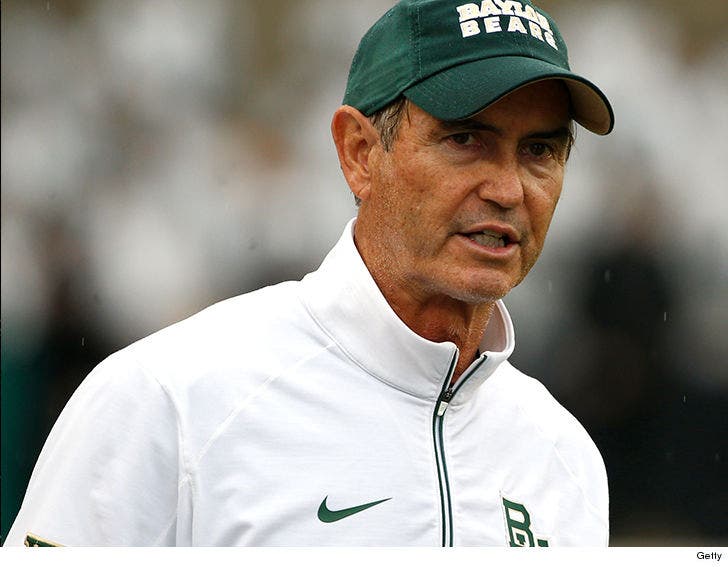 Art Briles ﻿is already on the hunt for another job after getting the boot the from CFL -- and his lawyer tells TMZ Sports he's obviously upset with the way things went down in Canada.

"Coach is disappointed that he won't be helping the Hamilton Tiger-Cats, but knows he will be coaching again," attorney Mark Lanier tells us.

"He is optimistic that at some point, there will be full disclosure and his name will be restored."

"People who know the facts, know how maligned he was in the press, and at some point the truth will come out."

The Tiger-Cats claimed it was a "large and serious mistake" to hire the former Baylor coach -- who had lost his job in Waco following a sexual assault scandal involving several Baylor football players.

Briles has always been adamant he did nothing wrong -- and he's making it clear that he's refusing to throw in the towel on his coaching career.