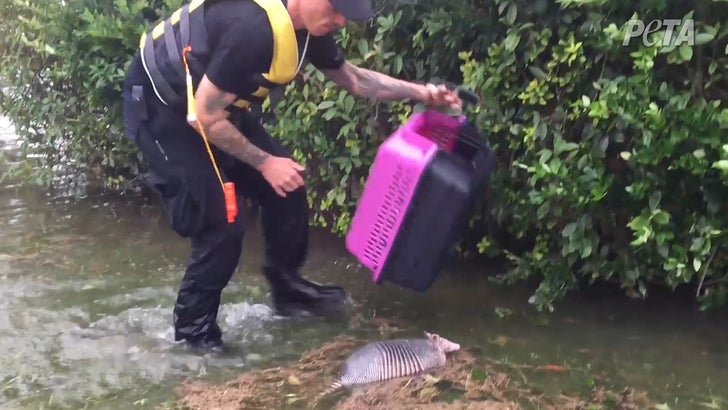 Several 4-legged victims of Hurricane Harvey are now safe and sound -- and we got this video of rescuers scooping up stranded pups and one lost armadillo.

The 'dillo in this clip was stuck on a small patch of land in a flooded Houston neighborhood Thursday ... when he was captured by PETA's crew and returned to safety.

We're told the team arrived Tuesday night, and has been working 'round the clock to find pets that were most likely left behind when families had to flee for their lives. 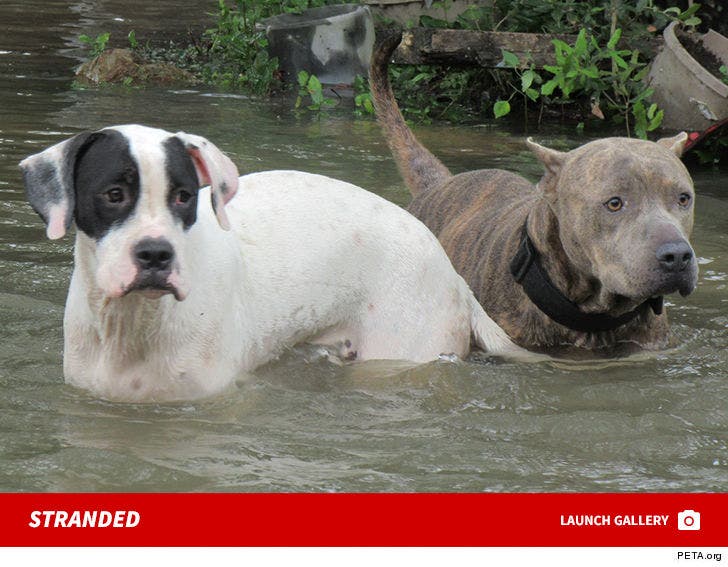 So far PETA's seen dogs in flooded yards, and some left crated inside homes. The Humane Society of the United States also has its people patrolling, and found several cats inside homes. 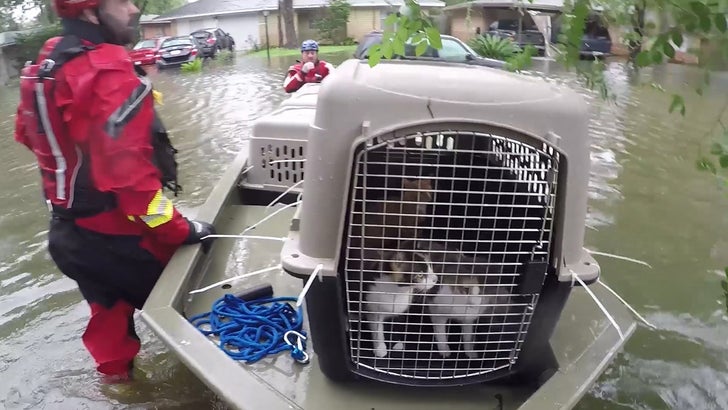 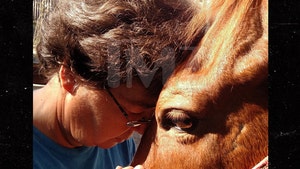