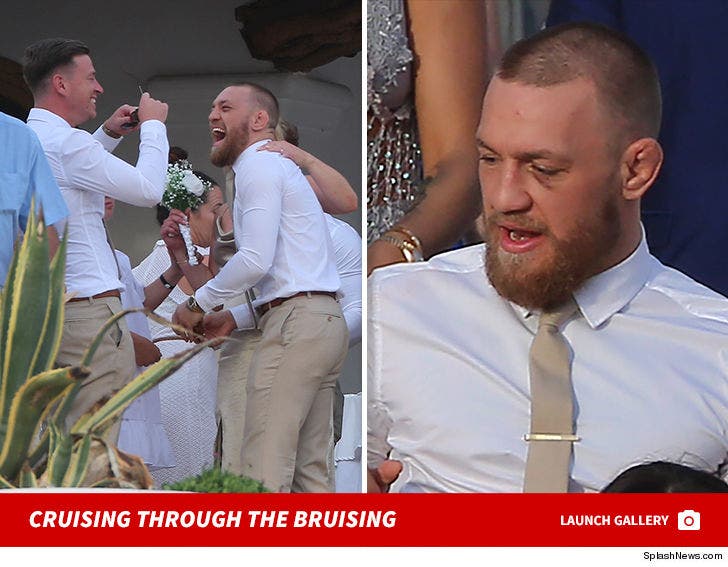 Conor McGregor looks every bit like a guy who has 100 million reasons to smile and laugh -- even with a big ole shiner -- and did just that for a friend's wedding in Ibiza.

The UFC champ looked like the life of the party during the Sunday wedding and reception. Conor and his gf, Dee Devlin, jetted over to the event ... one week removed from his awesomely entertaining fight with Floyd Mayweather.

As we showed you ... Conor's been partying as if HE'd won the fight, and he kept that going with his pals. Yeah, he's still sporting a black eye, but he's clearly not the least bit down about it. 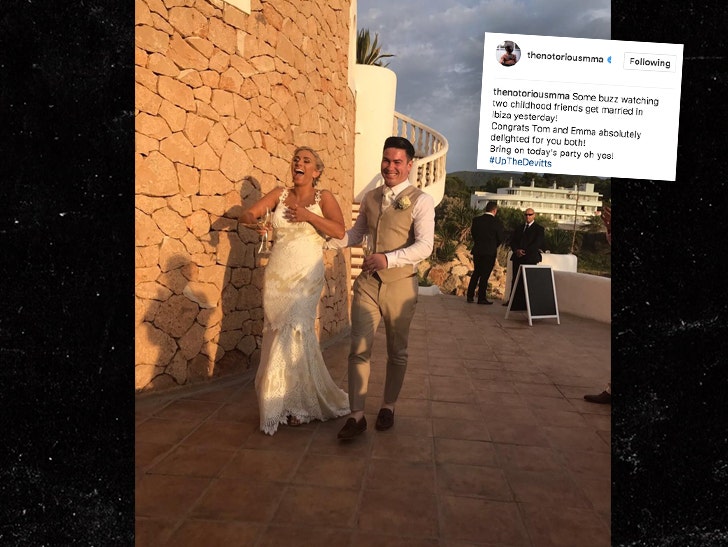 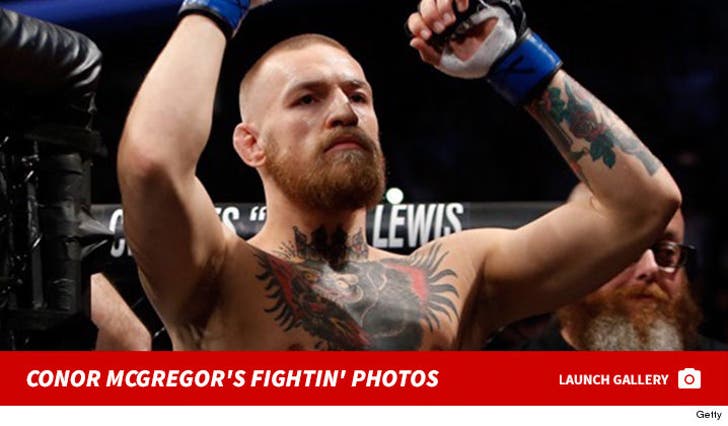