Conor McGregor was feeling so good the day after the Mayweather fight, he strolled into a Vegas pool party ... and turned up with a bunch of hot chicks in bikinis.

Conor was welcomed into Encore Beach Club by a crowd of loyal Irish fans -- who didn't seem to give one crap that he lost. They chanted and danced and boozed. Conor loved it.

But it was the OTHER McGregor who stole the show -- Conor's older sister, Erin, a former competitive bodybuilder who's also done some fitness modeling.

Erin and her baby daddy, Terry, turned up with the rest of the McGregor clan.

You would too, if your brother just made $100 million. 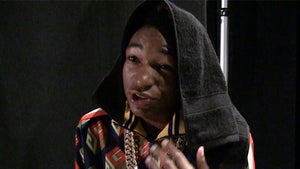