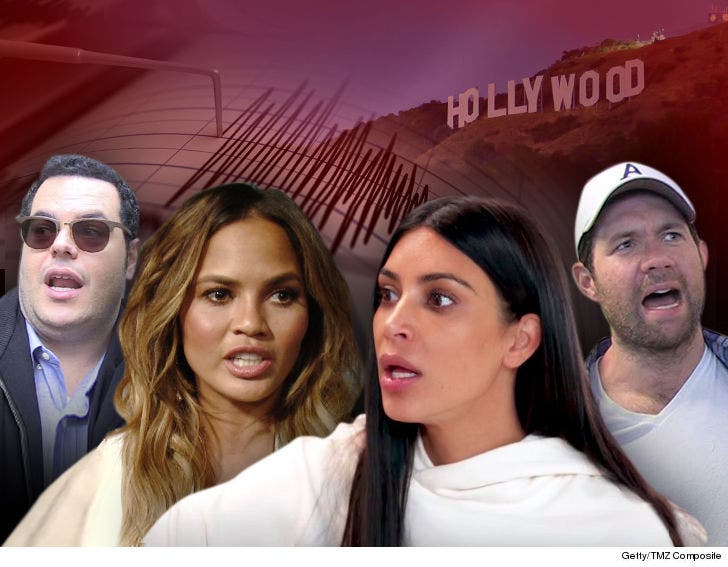 Hollywood was rocked by a relatively minor earthquake Monday night -- but it was still enough to get several celebs shaking in their boots ... hysterically.

The 3.6 quake hit shortly after 11 PM, and rather than running for cover ... most celebs seemed to grab their phones and post reactions -- the funniest of which came from Kim Kardashian, her panicked friends and Chrissy Teigen.

I flew outta bed on the heels of my husband to grab our son..they are both back asleep...I am not 👀

I hate an earthquake. Def a moment I wish I didn't live alone.

Chrissy had a bladder emergency ... then hysterically reached out to hubby, John Legend.

it woke me up and I almost peed my pants. first earthquake since giving birth. I am definitely peeing for anything bigger

And Dad of the Year, Josh Gad, had his children's safety in mind ... for a while, anyway.

I probably should have run immediately to my children's room to secure them, but I monitored Twitter responses instead. Oh well. #earthquake

Mother Nature ... bringing out the humanity in all of us. 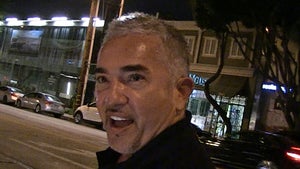 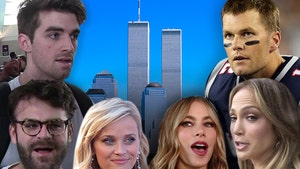