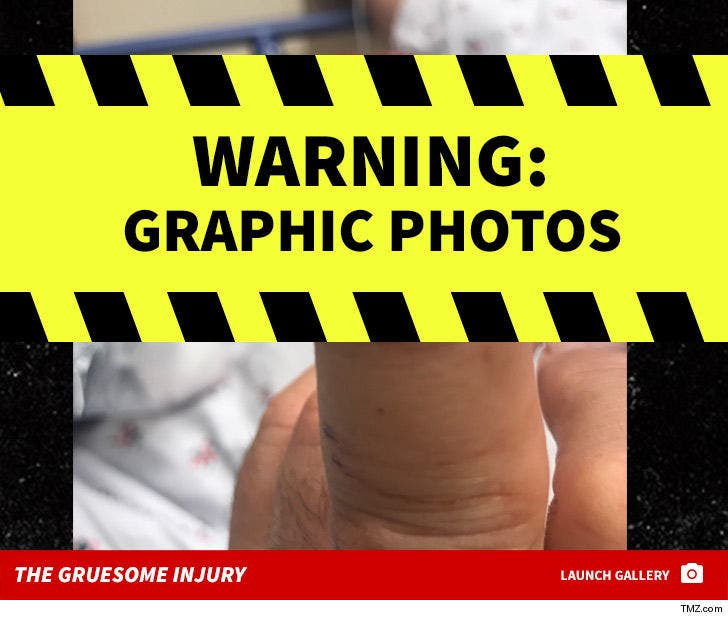 Let's just say Tony Orlando will NOT be knocking three times on a ceiling anytime soon -- not with his left hand, anyway.

The '70s pop star -- who sang 'Tie a Yellow Ribbon' and "Knock Three Times" -- sliced the tip of his middle finger clean off in a garage door accident at his home in Branson, Missouri.

Tony's son, Jon, tells us he was calm and collected -- way more than you'll be when you see the damage. He found the tip of the finger, picked it up and drove himself to a hospital ... like a boss!

We don't know yet how the surgery turned out, but gotta say ... his manicurist is gonna be pissed.