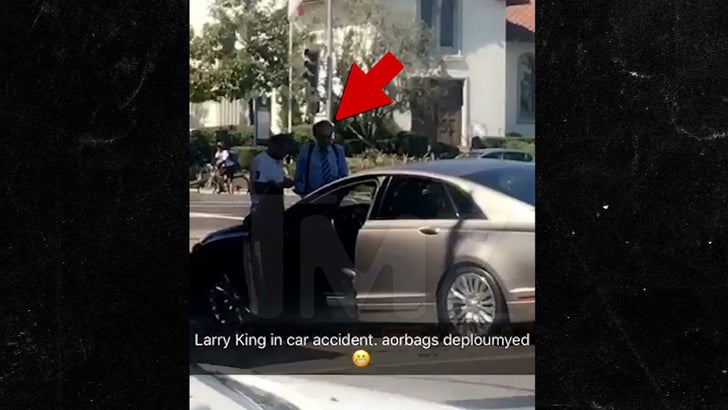 Larry King was able to walk away, but his Mercedes-Benz didn't fare so well after he got into a wreck right in the heart of Beverly Hills.

Larry and his suspenders were seen surveying the damage to his Lincoln MK as well as the other vehicle -- a Mercedes-Benz -- involved in the accident. The other driver was on the sidewalk getting looked at by paramedics ... but we're told neither driver was injured.

Although a witness seems to think Larry hit the other driver ... police tell us it's unclear who was at fault. You can bet the insurance companies will sort that out.

We're told both cars were towed, and neither driver cited. 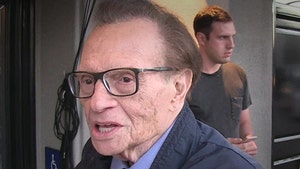 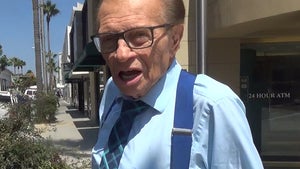