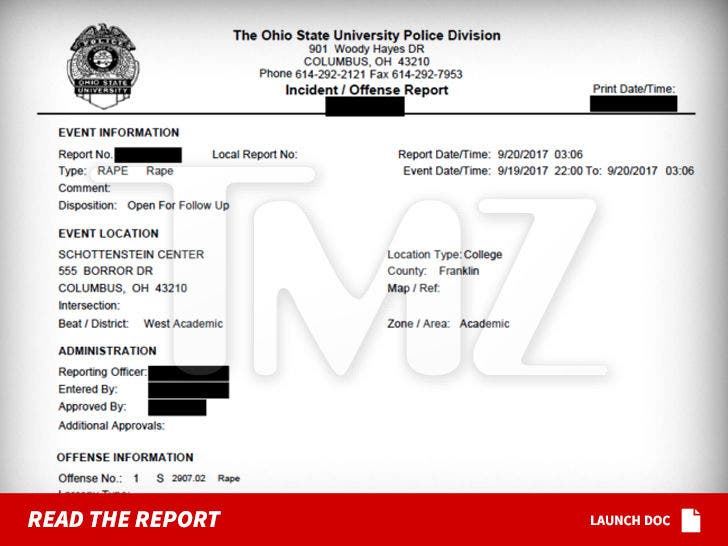 Two temporary crew members on tour with The Weeknd are under criminal investigation after a woman claims she was raped backstage following the singer's show ... but we're told The Weeknd was out of the building before the alleged crime went down.

with the Ohio State University police station early Wednesday morning, claiming she was raped following The Weeknd's show at the Schottenstein Center. 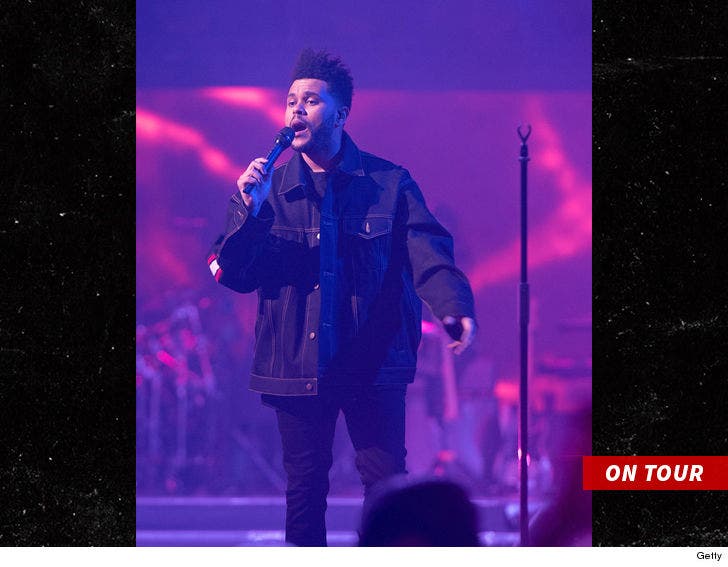 Sources with knowledge of the situation tell us the woman was in a backstage area with two crew members. Our sources say it's possible one of the suspects filmed the attack.

We're told employees hired for the tour can vary from city to city ... the two suspects are not a part of The Weeknd's inner circle.

According to the police report, cops believe everyone was drunk during the alleged rape. The report says "hands, feet and teeth" were the "weapons" used in the sexual asault.

The Weeknd had left the arena before the alleged rape and is not involved.

The XO Tour Manager and Live Nation Team tell us, "Upon learning of the accusations that two members of our tour staff are facing, we immediately terminated their employment. We are working with the authorities to ensure they have access to any information or assistance they may need."

We're told the incident is under investigation and no arrests have been made. 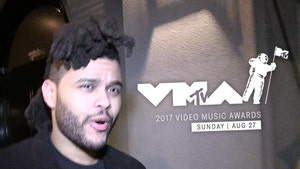 The Weeknd Bailed on VMAs Because He Just Wasn't Into It 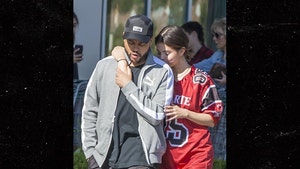