Kevin Hart's been ruffling feathers lately with his cheating scandal but Thursday it was him who got his feathers ruffled while hilariously dressed in a chicken costume for his new flick.

Hart's been filming "Night School" in L.A. and during Thursday's shoot he got a serious whipping from co-star Tiffany Haddish with a belt!!!

If you're wondering why he's wearing a chicken costume in the film ... he plays a sign spinner, in this one scene at least.

Kevin tries to fly the coop, but doesn't look like he'll be sitting down without wincing for a while. 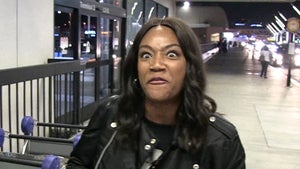 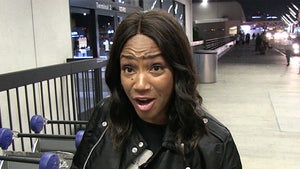