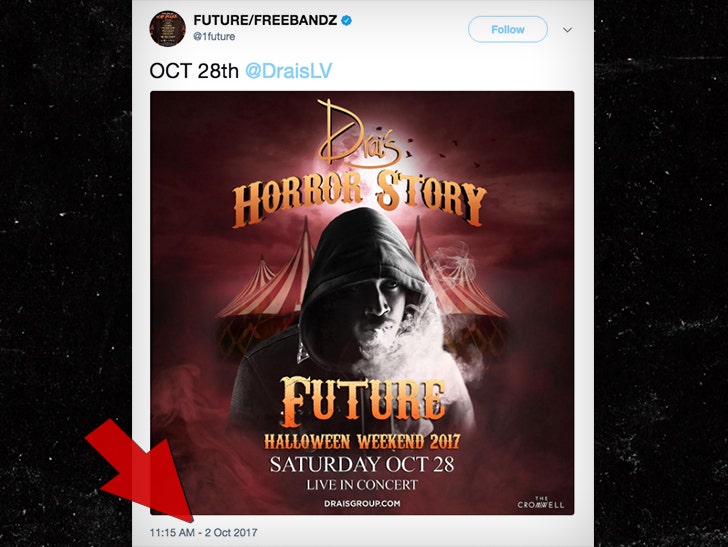 Future is getting ripped online for some horrifically awful timing -- his social media team just tweeted out a promo for his upcoming Las Vegas show.

The Twitter post plugged his Halloween weekend show at Drai's, but seeing as how it came just 12 hours after Stephen Paddock opened fire on a Las Vegas concert ... the reaction has been scathing.

More than likely it was a prescheduled tweet, but fans aren't in the mood to forgive Future or Drai's. 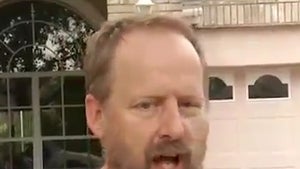