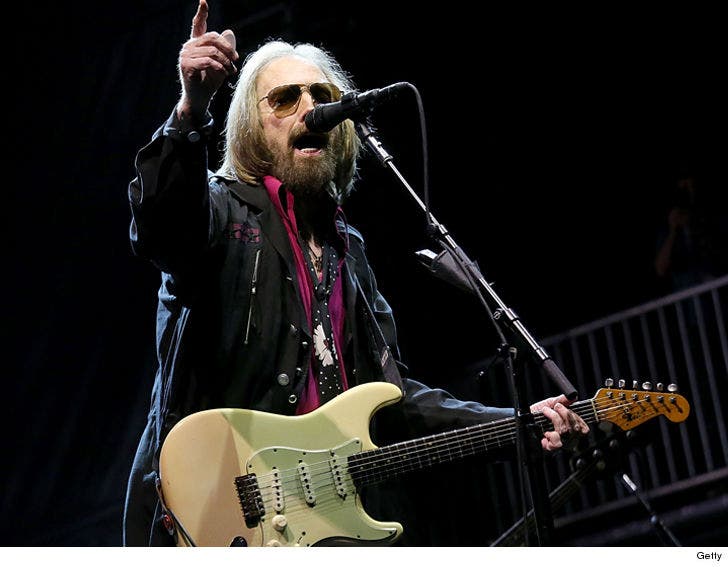 Tom Petty's tragic death has left Hollywood shocked, saddened but also thankful for his tunes and influence ... and plenty of stars are honoring the rock and roll legend, including fellow legend Paul McCartney.

Sending love to Tom Petty and his family at this difficult time.

Musicians and other celebs alike flocked to social media Monday to pay tribute and offer words of condolences after TMZ broke the story that Tom had gone into full cardiac arrest and was taken off life support.

I loved Tom Petty and I covered his songs because I wanted know what it felt like to fly.
“you belong somewhere you feel free.”
💔

I can't believe we have lost Tom Petty on this already horrible day. My love to his wife & children and the entire Heartbreaker family.

As you might imagine, many fellow rockers spoke on his passing ... including John Mayer ﻿and Peter Frampton﻿.

Other rockers chimed in with honorary posts as well, including Steven Van Zandt, Kid Rock, Paul Stanley and Adam Levine.

Man this cannot be happening. Not Tom Petty please. Our deepest love and condolences to his family and band. A brother and true believer.

Just when I thought today could not get any worse…
R.I.P. Tom Petty. Thank you for your beautiful music and inspiration.

No! We have lost Tom Petty. From our opening act in the seventies to becoming a brilliant songwriter and performer I have loved his music. pic.twitter.com/yhyPCfm2l6

Thank you. You inspired us all so much. pic.twitter.com/0Sb0GUU9N5

But reactions to Petty's death went beyond just music. People like Stephen King﻿, Rob Lowe, Ed Helms, Rob Schneider ﻿and Lin-Manuel Miranda﻿ posted tributes to Petty ... as did many others.

Tom Petty gone? That’s just so wrong. What a bad day this has been, in so many ways.

Tom Petty was on my Mount Rushmore of rock heroes. The writing, the voice, the band. HeartBROKEN.

Thank you, Tom Petty, for all of the light you brought to the world.

"Into the great wide open, under the skies so blue..."
Tom Petty, an American treasure. Thank you for the musical score to our lives.

I am so grateful for Tom Petty's music.
Feels selfish to want more, but I always will. Rest in peace. https://t.co/EBOt6J38zx

Tom Petty died Monday after his family issued a do not resuscitate order on him. He was 66. 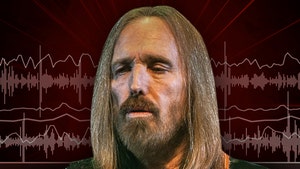 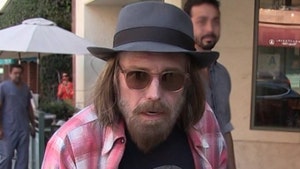