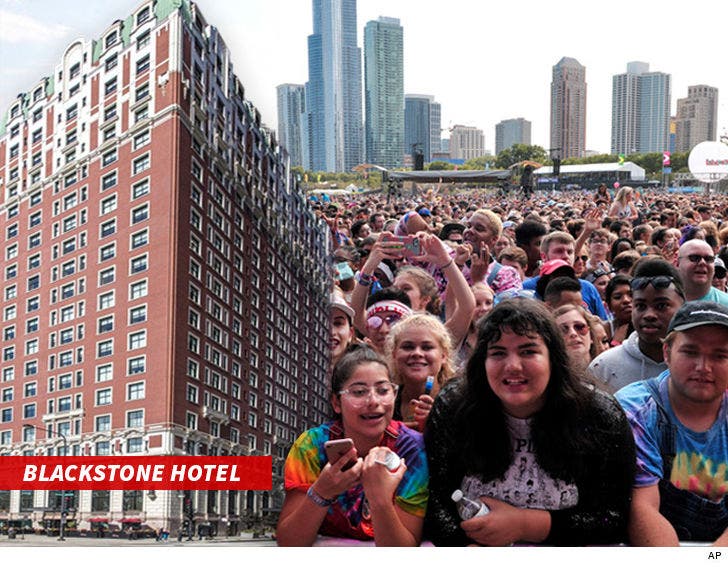 Stephen Paddock called a Chicago hotel he had booked for Lollapalooza back in August to tell them that he wanted someone to call if, before check-in, he couldn't get a view room -- a room that overlooked the venue.

TMZ broke the story ... Paddock booked 2 rooms at the Blackstone Hotel, one on August 1 and another on August 3. The concert -- which drew a total of around 400,000 people, started on the 3rd.

Paddock booked the rooms through a third party -- Expedia. Our sources say he then called the hotel and asked for a view room. We're told the hotel does not guarantee view rooms, but for some reason in the hotel computer system there's a note that guaranteed Paddock a view room.

We're told the hotel is now trying to figure out why someone on the staff broke policy by guaranteeing him a room with a view.

It appears Paddock didn't know he got what he was after -- a guaranteed view room -- because the notes in the computer say if he couldn't get a room with a view he wanted a heads up before arriving.

As it turned out, Paddock never showed.