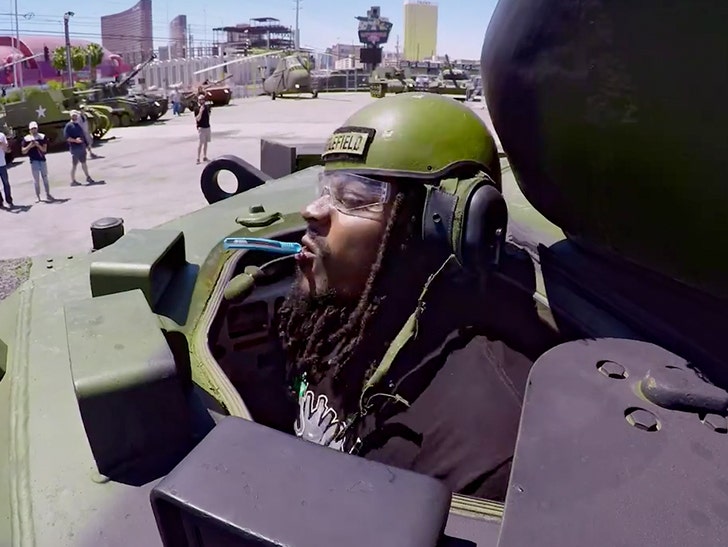 Marshawn Lynch is going TANK MODE for his new reality show ... strappin' into an army-grade Abrams to crumple cars for fun.

And that's just a sample of the wildness Marshawn gets into for his new reality series "No Script," which debuts this week on Facebook.

In a 1-minute trailer, Lynch also does donuts in a race car, tries indoor AND outdoor skydiving and even takes B.P. with a damn sledgehammer.

But we think the best part was his Battlefield Vegas cameo ... where Beast Mode rides shotgun while a tank commander straight-up bulldozes a sedan. (Bonus: Marshawn is munching on a toothbrush for some reason.)

Marshawn Lynch Growls at TMZ Photog, Scares Crap Out Of Him