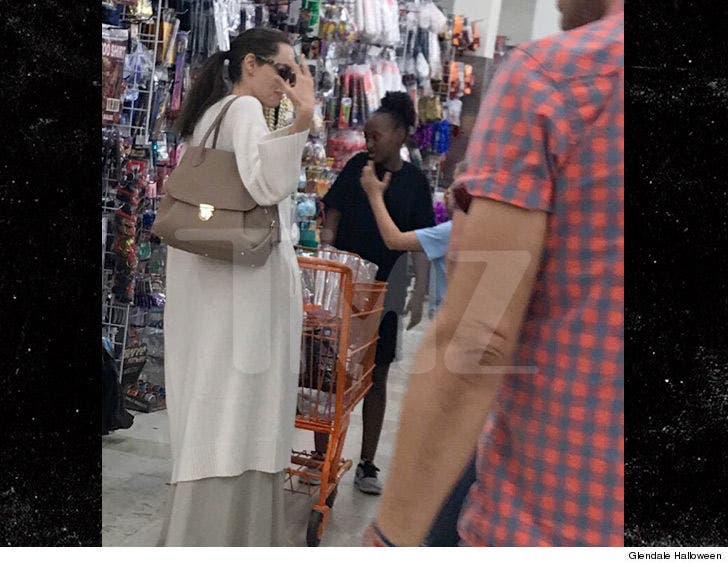 Angelina Jolie does Halloween like the Griswolds do Christmas lights because she dropped a fortune -- to most of us -- on costumes and decorations.

Angie cruised the aisles of Glendale Halloween last weekend -- she only had Zahara and one of the twins in tow, but looks like they scooped up enough for the whole gang. We're told Mom spent nearly a grand in just one hour. Here's a partial list of her swag: 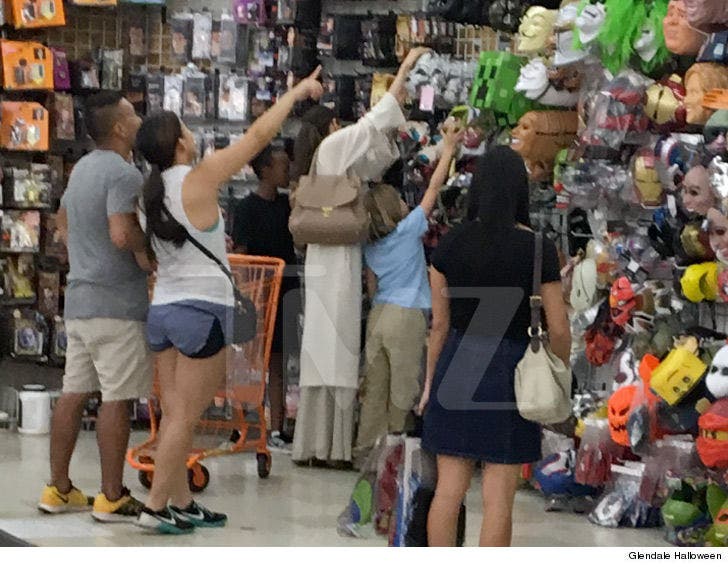 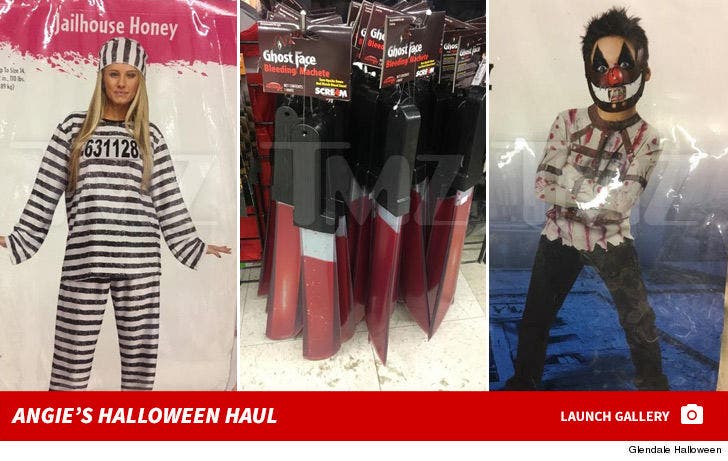 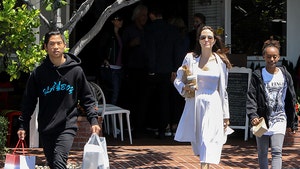