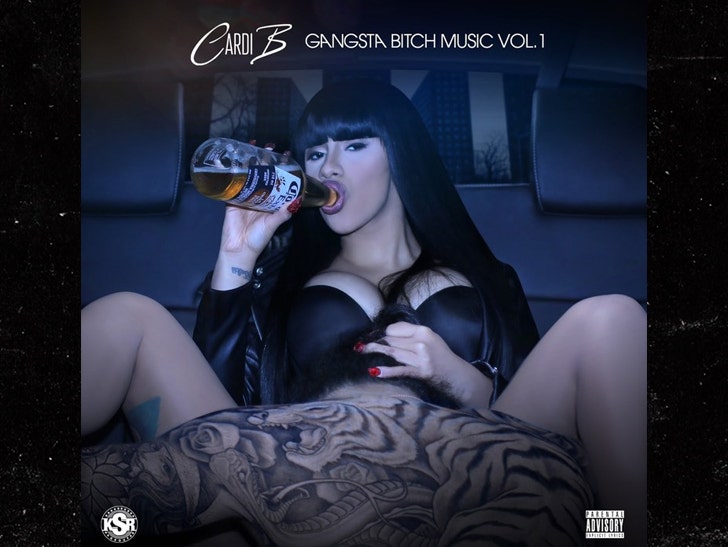 The guy going down on Cardi B on her mixtape cover is pissed off because he claims he never posed for the photo, and never signed off on his image being used in such a sexual manner.

Cardi's "Gangsta Bitch Music Vol. 1" cover shows a shirtless guy, with very distinct back ink, performing oral sex on the rapper. Kevin Brophy says the image is 100% him, but he only found out about it when a friend said how crazy is it that you're "cunnilinging [sic] this rapper called Cardi B."

According to the docs, obtained by TMZ, the artwork made for a seriously awkward moment when Brophy's pre-K son asked what Daddy was doing in the picture, and who's that girl? Brophy says his son keeps bringing it up, too.

In the docs, Brophy says he's never met Cardi or spoken to her or her people -- but he knows that's his distinct back art of a tiger battling a snake ... which he's had for 10 years.

He obviously knows who the "Bodak Yellow" rapper is now. Brophy's making a money move of his own ... suing Cardi and her managers for at least $5 million. 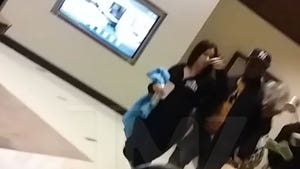 Cardi B Thrown Out of Hotel after Disturbance, Calls Staff 'Racist Motherf******' (UPDATE)