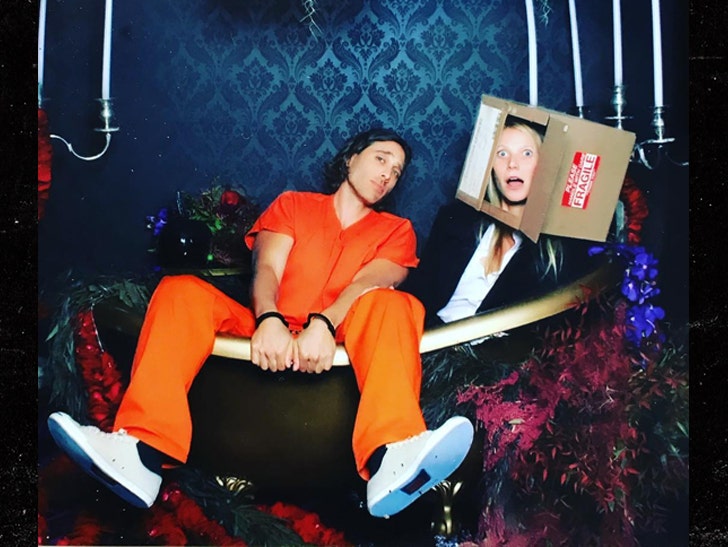 If you're reading this, it's too late to not know Gwyneth Paltrow loses her head in the movie "Se7en" ... but it's not too late to get a kick out of her Halloween costume.

Gwyneth posted a photo Sunday of her costume this year -- and it's a straight tribute to her role in the 1995 thriller she starred in alongside then-boyfriend Brad Pitt.

It shows her in a tub with a box around her head ... and her current boyfriend, Brad Falchuk, dressed as Kevin Spacey's character from the film. In case you're 22 years behind in seeing the flick, Spacey sends Brad Gwyneth's head in a box ... BTW, this is a spoiler.

An interesting backdrop here ... "Se7en" was made a few years before Harvey Weinstein allegedly put the moves on Gwyneth, and Brad confronted him about it.

Scary stuff all around ... 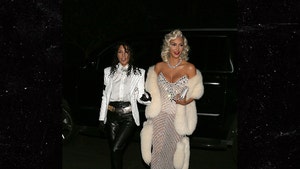