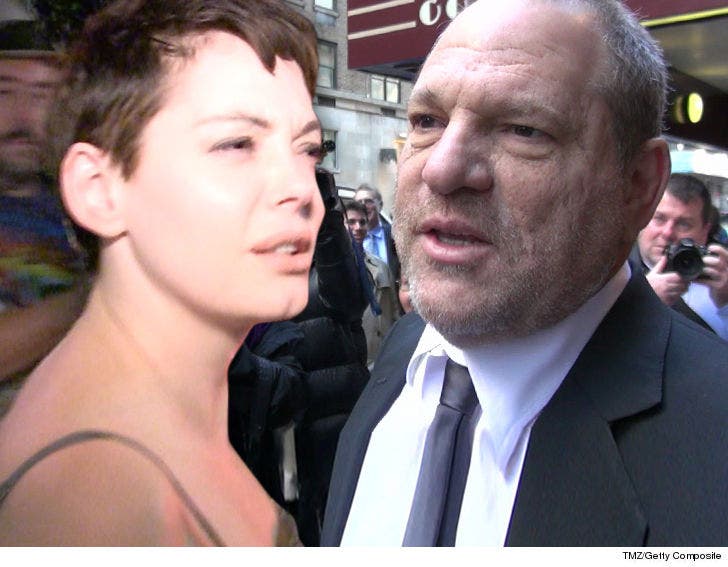 Rose McGowan says Harvey Weinstein offered her $1 million to keep her mouth shut before his 1st sexual harassment story broke -- which she countered for far higher before ultimately shooting him down.

Rose told the NYT someone in Weinstein's camp reached out to her before the first story ran with multiple allegations of sexual harassment and offered her $1 mil to sign a non-disclosure agreement saying she'd stay quiet through it all.

She says she countered with $6 million, explaining she thought she could get at least $3 mil out of him -- which she says she only considered to help fund her art.

Ultimately, Rose says she told her lawyer to pull the plug on the counter-offer within a day of the article being published because she says she thought ... "Ew, gross, you’re disgusting, I don’t want your money, that would make me feel disgusting."

Rose made her first public speech in the wake of Weinstein last week at a women's convention with a clear message ... time to step up and be heard.

Rose McGowan Back On Twitter and Ripping into Amazon's Jeff Bezos