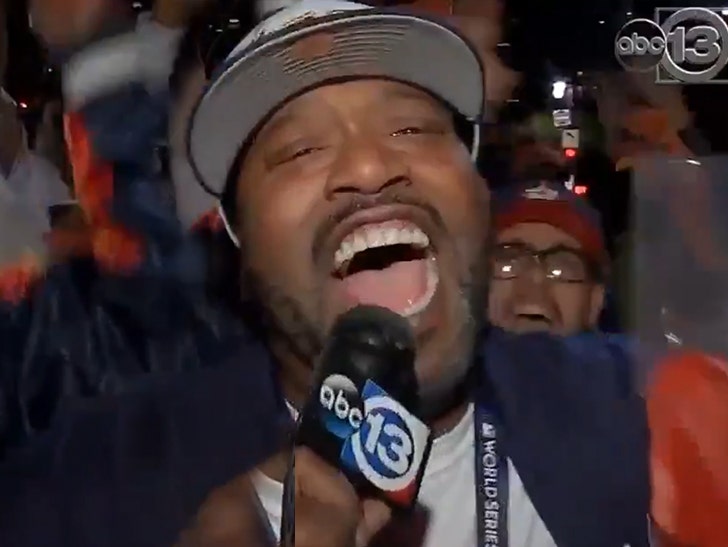 This is pretty awesome ... if you're an Astros fan!

Bun B was ALL THE WAY TURNT after his Astros beat the Dodgers on Sunday night -- he found a news camera, grabbed the mic ... and WENT OFF ON LIVE TV!

The Houston rapper is a HUGE 'Stros fan -- he stayed at Minute Maid Park until the very last out (past midnight) ... and you can see from the live ABC 13 broadcast, the adrenaline was pumping hard.

Yeah, he messed up some scoring math (twice) but who cares?! This is raw emotion at its finest.

There's more ... during the game, Bun B was hangin' in a VIP suite with fellow Houston rapper Paul Wall and celeb jeweler Johnny Dang -- and captured the walk-off madness on video.