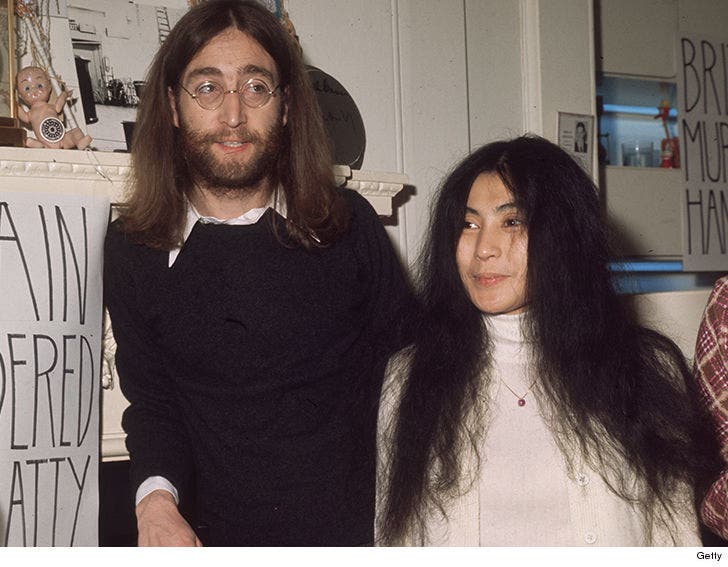 Months before John Lennon told The Beatles he wanted out, he was so focused on Yoko Ono ... he hand wrote a Christmas card to her ex-husband, which is now available for wealthy collectors.

Lennon penned the card to music producer Tony Cox in December 1968. Cox and Ono were married from 1962-69 ... so they weren't officially divorced yet when Lennon wrote to him.

The card ain't exactly full of holiday cheer, instead it's all about Yoko moving out -- "We took most of the stuff I think - we're gradually going through it."

John also asks Tony to fork over 2 of Yoko's short films and master tapes from a February 1968 concert she'd performed. The card, and enclosed letter, is being sold on MomentsInTime.com. They're asking $15k for it ... which is kind of a steal considering a lock of John's hair went for $35k.

The correspondence is pretty cordial, considering the love triangle. Yoko and Tony had one child, Kyoko, who is also addressed in the card. 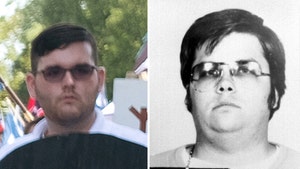 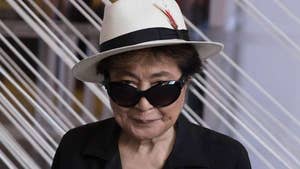