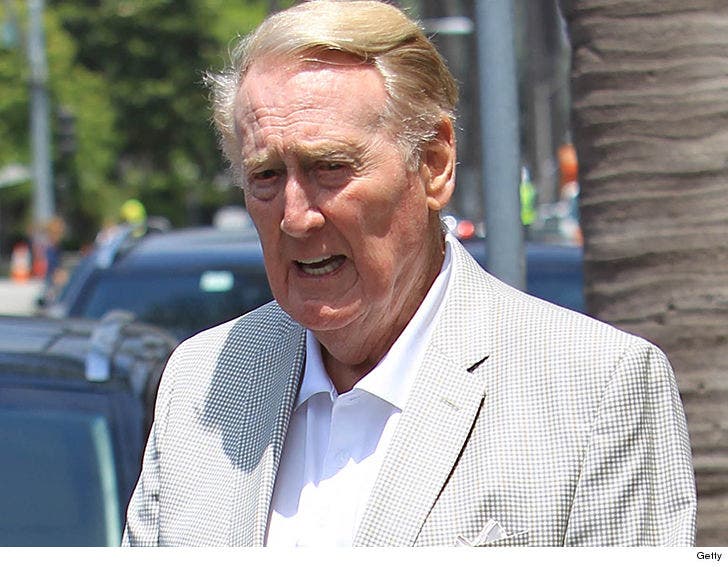 Vin Scully says he'll NEVER watch a single down of NFL football again ... and it's all thanks to the players protesting during the national anthem.

The legendary Dodgers announcer was speaking at an event in Pasadena on Saturday when he was asked about the controversy surrounding commissioner Roger Goodell, team owners and players ... and Scully didn't hold back.

“I have only one personal thought, really. ... and I am so disappointed. I used to love, during the fall and winter, to watch the NFL on Sunday."

Scully -- who spent one year in the Navy -- adds ... "but I have overwhelming respect and admiration for anyone who puts on a uniform and goes to war. So the only thing I can do in my little way is not to preach. I will never watch another NFL game.”