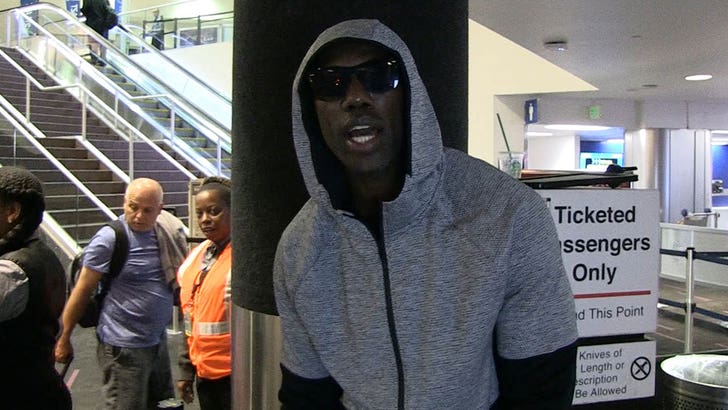 While Chad Ochocino has officially slammed the door on an NFL comeback, Terrell Owens tells TMZ Sports he's still DEAD SERIOUS about playing in the league.

"I can help anybody," T.O. tells TMZ Sports ... saying his tweet to the NY Giants about filling in as a WR was no joke.

Owens had been competing on "Dancing with the Stars" for the past few months -- but says he would have left the show immediately if an NFL offer had come in.

BTW, did you watch T.O. on that show? Still looks pretty good ...