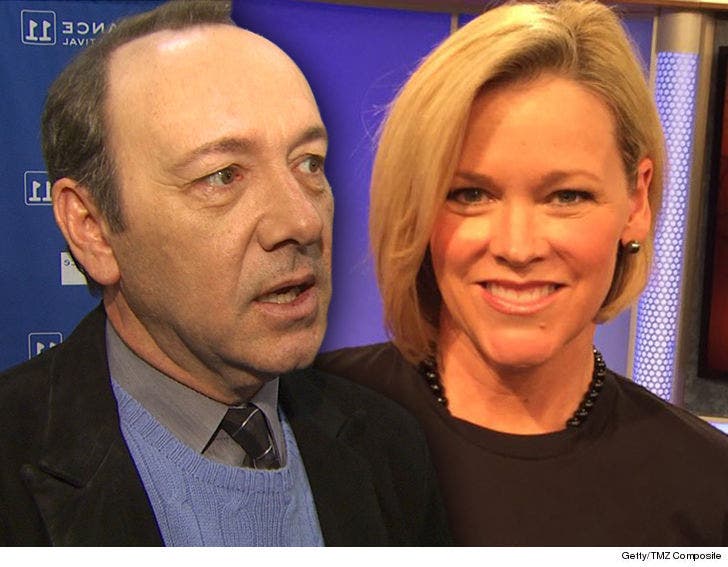 A former Boston TV news anchor is about to hold a news conference, pointing the finger at Kevin Spacey for allegedly sexually assaulting an 18-year-old family member.

Heather Unruh's story is different because of the timing. We've learned the alleged incident occurred at a bar on Nantucket Island in 2016. Our sources say the alleged victim reported the incident to police by phone sometime this year ... he lives out of state. We have not been able to confirm if police investigated.

Heather Unruh tweeted last month -- before the Spacey story broke -- "The #weinsteinscandal has emboldened me -- #truth time ... I was a Kevin Spacey fan until he assaulted a loved one. Time the dominoes fell."

Unruh and her lawyer, Mitchell Garabedian -- who btw was prominently featured in the Academy Award winning movie "Spotlight" as the lawyer who helped unravel the Boston Archdiocese's child sex abuse scandal and portrayed by Stanley Tucci -- will speak at the news conference at 11:30 AM ET. We'll be livestreaming.

We reached out to Spacey's lawyer ... so far no word back.