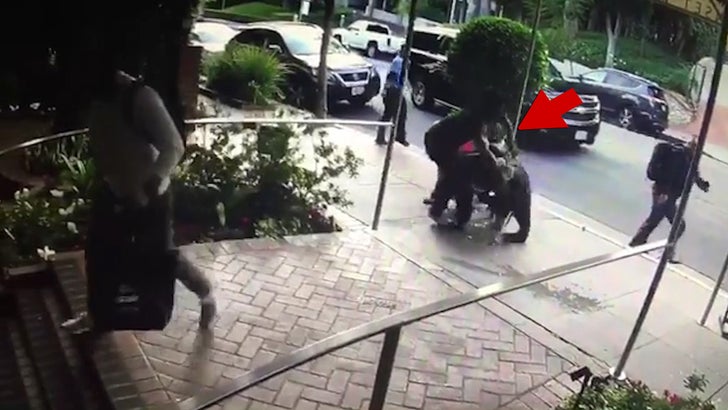 XXXTentacion posted surveillance video of the alleged Migos jumping, and immediately had to apologize to them ... 'cause it turns out it wasn't them who attacked him.

X posted the security footage Tuesday, as well as a pic of the 2 guys who actually appeared to jump him. Neither of the guys are Migos members. 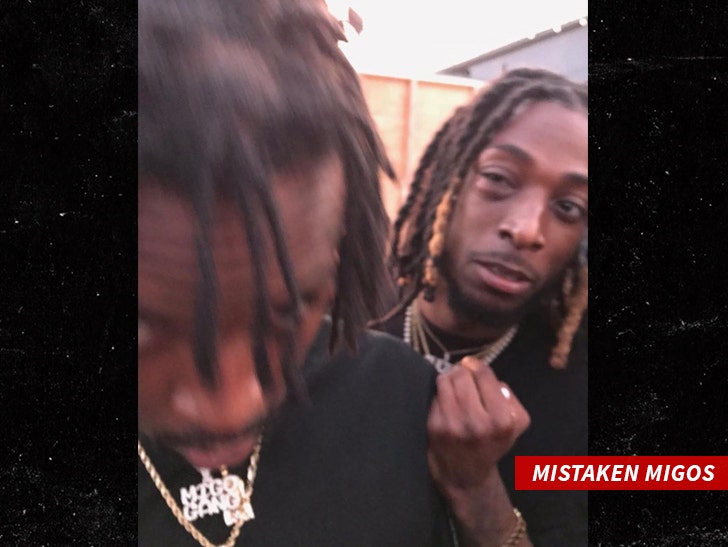 As we reported, X initially thought one of the attackers was Takeoff, and blasted him on social media. He also posted a pic of Offset's fiancee, Cardi B.

For the record, the 2 alleged assailants were rockin' "Migo Gang" pendants -- but it's unclear if they have any real connection with the rappers.

X said to Takeoff, in an IG comment, ''From the Bottom of my heart I apologize to you, you only caught in the cross fire of your blood line, blessings."