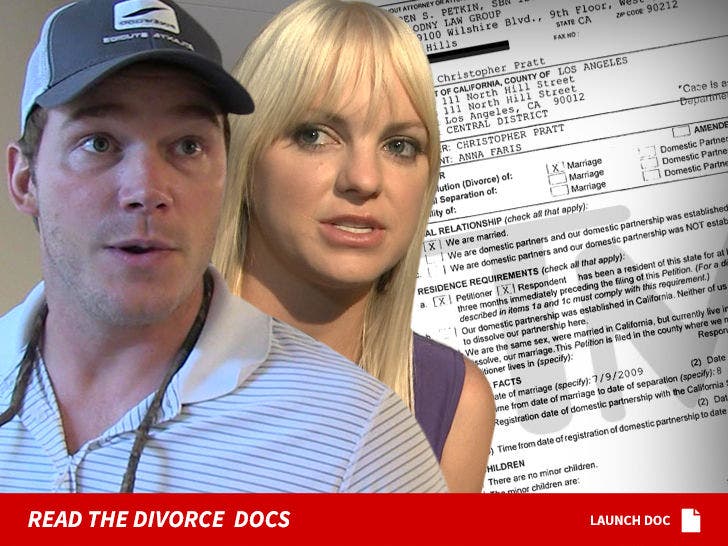 Chris Pratt has filed for divorce from Anna Faris... TMZ has learned.

Pratt filed legal docs Friday to end his 8-year marriage, citing irreconcilable differences. But it's not necessarily what you think, because he and Anna carefully orchestrated the move.

Anna filed her response to the divorce at exactly the same time and the 2 documents are mirror images of each other.

They are both asking for joint custody of 5-year-old Jack. They both reserve the right to get spousal support, but it's unlikely either will ask for it. 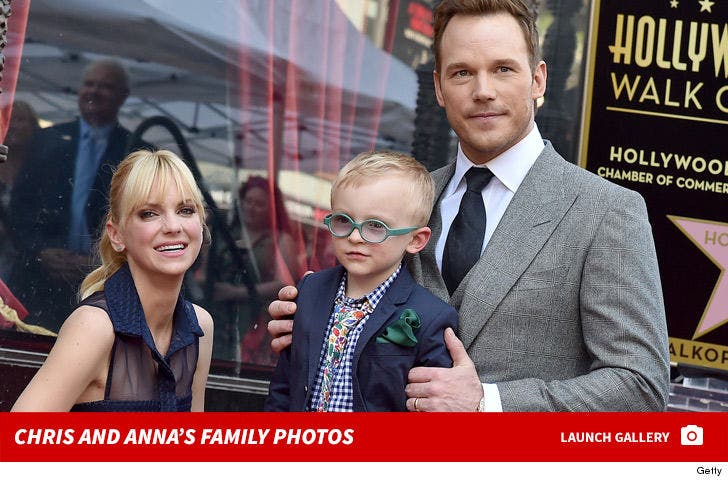 They list July 13 as the date of separation. They issued a statement on August 6 announcing their separation.

TMZ has learned they have a prenup. We're told the property settlement agreement is almost completely worked out.

Sources connected to Chris and Anna tell TMZ the divorce is "totally amicable." 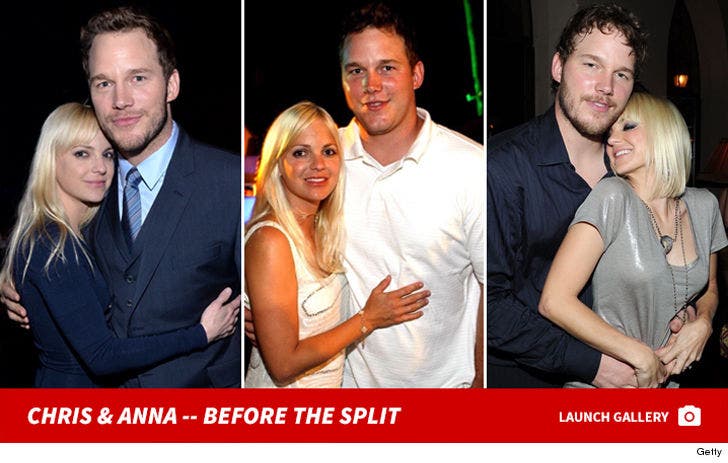 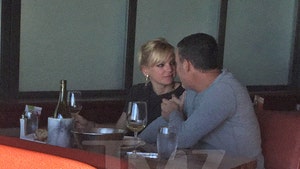