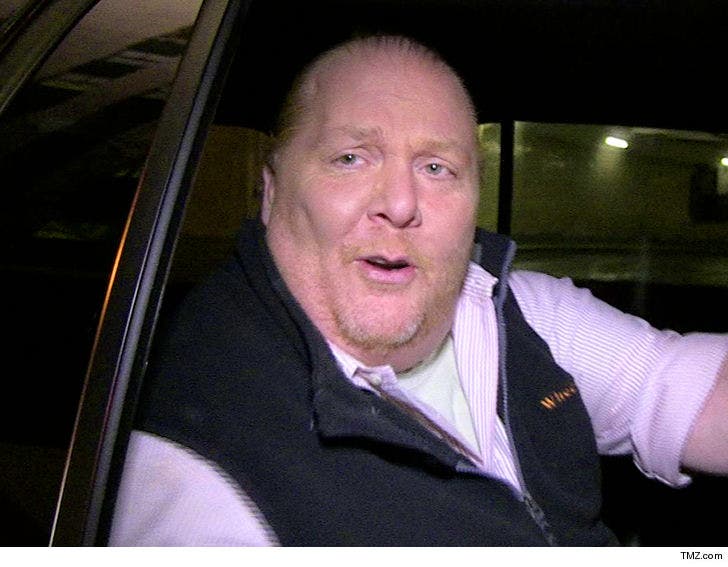 Mario Batali is accused of "inappropriate touching" by 4 women -- 3 of them former employees -- and the allegation is forcing the celebrity chef to step away from his restaurant empire.

One of Batali's accusers called him "creepy" and said he gave "me this provocative, icky feeling." Other claims are he groped a woman's breasts, grabbed someone from behind and compelled her to straddle him.

The allegations, spanning at least two decades, surfaced in an Eater NY article published Monday. Batali responded to the article, saying he's stepping away from day-to-day operations of his business. ABC has also asked "The Chew" co-host to step away from the show while it reviews the allegations.

Batali added, "I apologize to the people I have mistreated and hurt. Although the identities of most of the individuals mentioned in these stories have not been revealed to me, much of the behavior described does, in fact match up with ways I have acted."

Anthony Bourdain hinted Monday morning he knew about Batali and claims he knew of firsthand stories.

..and like you, I’ve been sitting on stories that were not mine to tell . And feeling sick and guilty as fuck I hadn’t heard them before