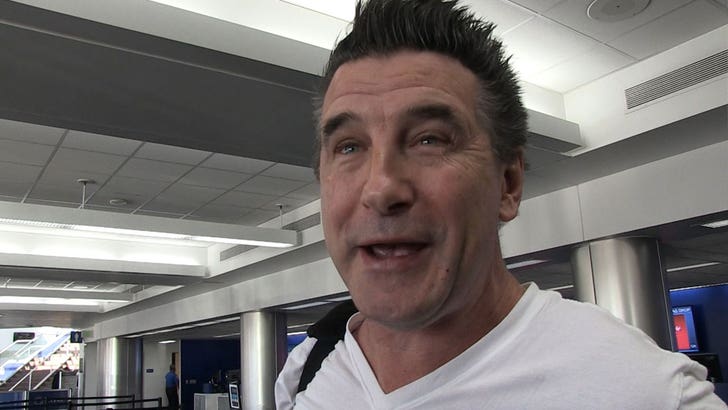 Lindsey Vonn says she won't be representing Donald Trump at the Olympics ... but is she gonna let her actions speak louder than words, a la Colin Kaepernick??

Billy Baldwin posed the question at LAX -- telling TMZ Sports Lindsey has a chance to REALLY stick it to POTUS by taking a page outta Kaep's book at the 2018 Games.

"She wins a gold medal, and as the flag is ascending, does she take a knee on the podium?"

Billy wouldn't say whether or not he thought Vonn would go all-in ... but either way, the Baldwin bro says he's proud of the superstar skier for joining all the athletes exercising their freedom of speech.

"She doesn't agree with Trump's agenda and she's taking a stand. I totally admire that and respect that."