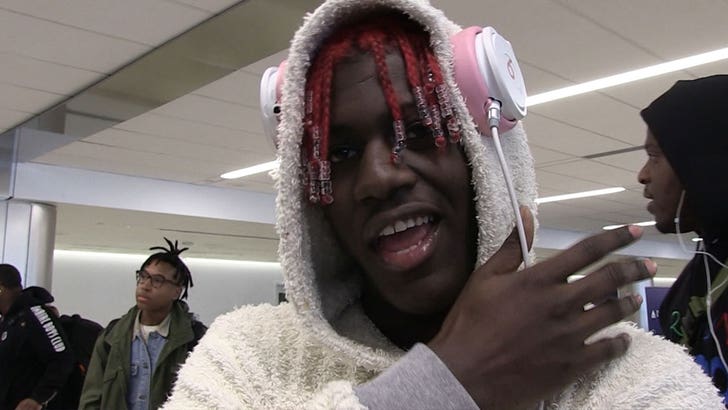 Lil Yachty's doing his best to downplay the beef he and Migos had brewing Joe Budden -- but it's hard to believe him when they just collab'd on a Budden diss track!

We got the "Peek A Boo" rapper at LAX Thursday, and asked if he wants Budden to see the upcoming video for "Ice Tray." He admits they hired a Joe look-alike just to troll him, but says he thinks the real Joe should realize it's all in good fun.

Yachty revealed a behind-the-scenes secret about the video having to do with Budden's bald head --and also slammed the "groupies" who leaked the prank early.

As we reported ... the Budden/Migos beef began during an interview before the BET Awards in June.