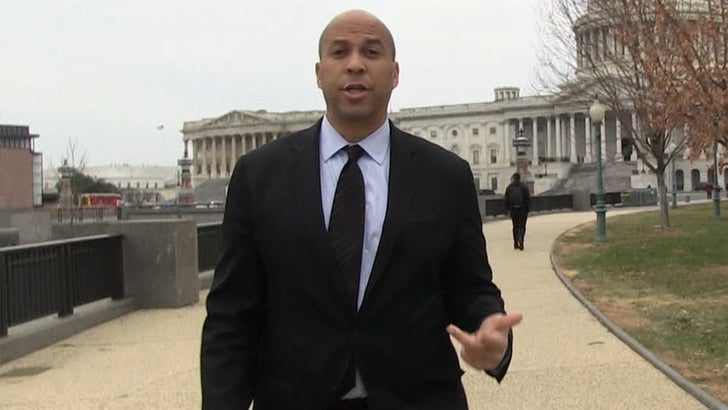 Senator Cory Booker's not hiding his disdain for the GOP tax bill, which he says just pulled a Tonya Harding on America, and especially his home state.

We got the distinguished gentleman from NJ on Capitol Hill shortly after the House gave final approval to President Trump's tax overhaul -- and he says this vote wasn't about politics. He says even Republicans from his state voted against the bill.

You can tell Booker's genuinely pissed about the "bad bill" ... so much he's ready to cancel Christmas. Seriously.