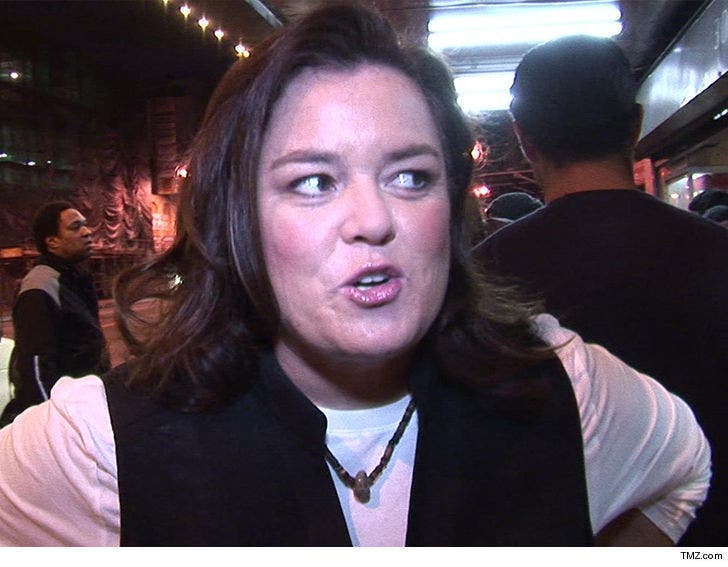 Rosie O'Donnell could be in big trouble for offering millions to GOP senators to vote against the new tax bill.

Rosie tweeted Tuesday at Republican Senators Susan Collins and Jeff Flake -- who both hold key votes for the legislation -- offering to pay 'em $2 mil each if they voted no. 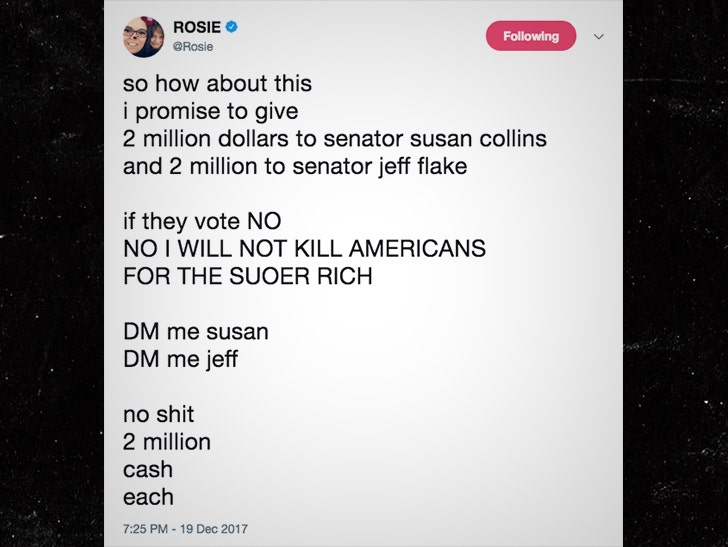 The comedian immediately came under fire for what many called straight-up attempted bribery of a U.S. official, which is a crime. Rosie will likely say she's a comedian and it's just a joke ... however, she did say, "no s**t."

Worth noting -- the Senate passed the bill early Wednesday morning. 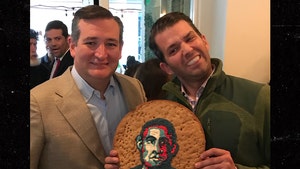