Logan Paul is taking a second swing at apologizing for posting video of a dead body in Japan's Suicide Forest.

The YouTuber and actor posted a video Tuesday, apologizing to just about everyone for the video ... including the suicide victim and his family.

Logan says he doesn't expect to be forgiven, but still did a mea culpa anyway for what he calls a lapse in judgment.

As we reported ... Logan posted video of the suicide victim's body hanging in the forest ... and immediately caught a ton of heat from his fans and several celebrities. He removed the clip and posted a written "I'm sorry" statement.

Guess he thought this seemingly heartfelt -- he's nearly in tears -- video would better make his point. 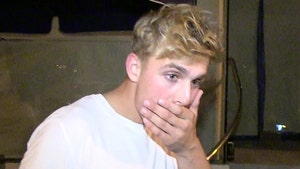