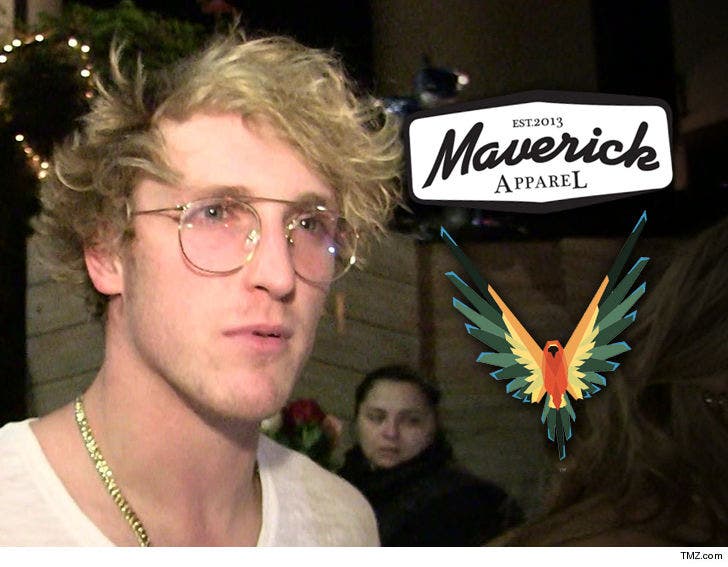 Logan Paul hijacked the name of a wholesome, reputable clothing company, and now his repulsive antics are costing the original brand millions ... at least according to the company.

Maverick Apparel fired off a scathing letter to the YouTube star Thursday, demanding he immediately stop selling 'Maverick by Logan Paul' gear ... even if he did name it after his pet parrot, as Paul claims.

In the letter, the company dismisses Paul as "a vlogger catering to his evident lowest common denominator narcissism and who champions his scrotal injuries as a badge of pride." Maverick added his "abhorrent and mutton-headed conduct" is harming Maverick Apparel's reputation, goodwill and sales.

Maverick Apparel cites Logan's recent posting of a video of a dead body as just the latest example of Paul tarnishing the brand's good name. All in all the company claims he's already cost them $4 million.

It says Paul's name is "synonymous with racist, anti-Asian, and homophobic sentiments, and most recently, a belligerent insensitivity to suicide" ... and clearly -- it wants nothing to do with him.

Maverick Apparel's threatening legal action if Logan doesn't comply within 7 days. We reached out to him ... no word back yet.

Logan Paul You Might Want to Rethink Fashion Exclusive