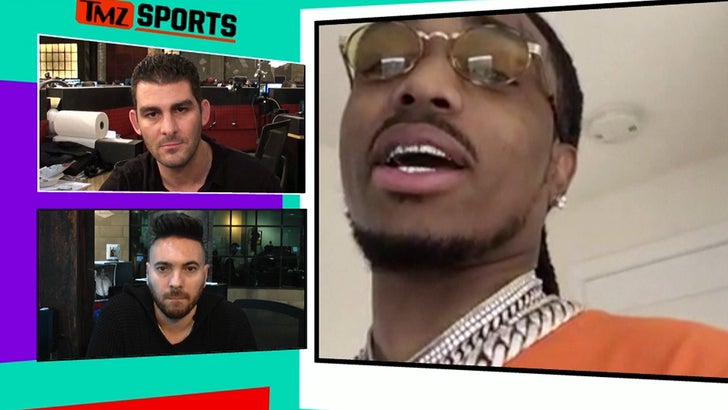 With President Trump attending the National Championship game, we asked rap superstar Quavo if he had advice for Georgia players who might consider taking a knee ... a la Colin Kaepenick.

"My message to the players is to focus on winning this national championship game," the Migos rapper said on the "TMZ Sports" TV show (airs tonight on FS1).

"Don't worry about nothing else. Just focus on winning."

FYI, Quavo is a HUUUUUGE Georgia Bulldogs fan -- and was even on the field with the team when they beat Oklahoma in the Rose Bowl. He'll be in the stands on Monday, too.

"You shouldn't get to the national championship and worry about [demonstrating]. You should be going straight in and worrying about football." 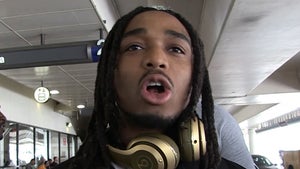