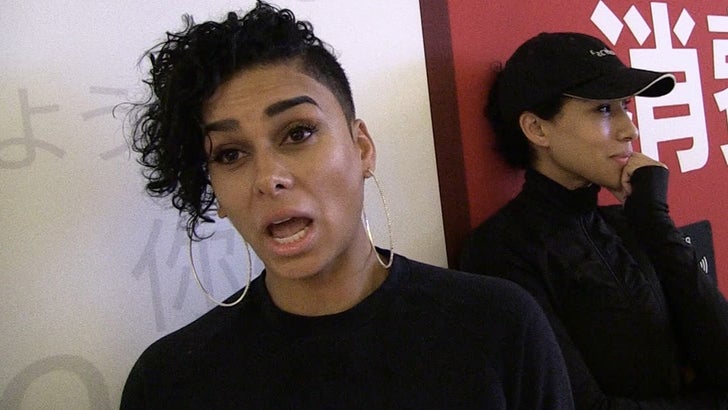 Laura Govan is not the "whore" you're looking for, Tamar Braxton ... this according to Laura, who seems to have a strong suspicion about who started the rumor Vincent Herbert got her knocked up.

First things first ... Laura wanted to make it clear she is NOT pregnant. When we got her at LAX Thursday she admitted she does know Tamar's estranged husband, but clarified she doesn't know him "that way."

Laura told us she has respect for Tamar and Vince, and has nothing to do with their beef. But when it comes to her own ex, Laura's clearly pissed off at Gilbert. In fact, it sounds like there's a legal war coming with the former NBA star.