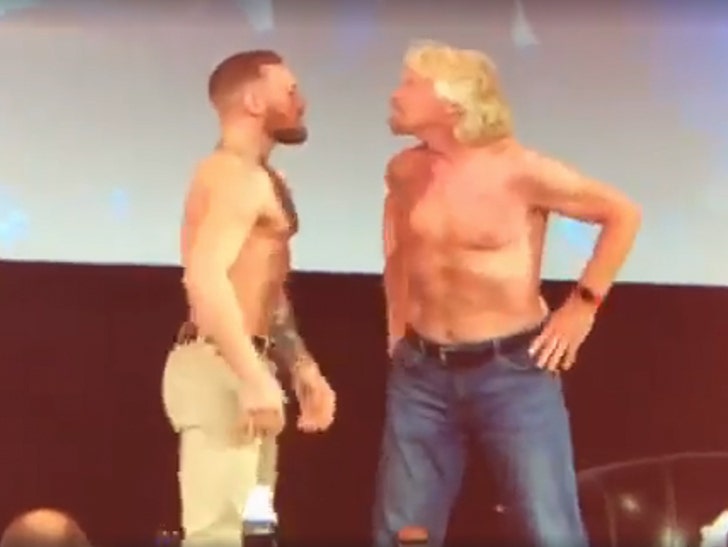 Conor McGregor just had his most epic face-off to date -- a shirtless staredown with Sir Richard Branson!!

It all went down at the Pendulum Summit for business leaders in Dublin, Ireland ... where Conor was presented with a lifetime achievement award for his BIG money moves.

Branson joined McGregor onstage -- and after some back-and-forth, convinced the UFC mega-star to bro out.

Not to be outdone, Rich ripped off his top too ... and we gotta say, dude looks pretty frickin' jacked for a 67-year-old gazillionaire.

The whole thing was kinda weird -- but mostly awesome. 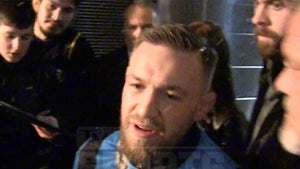 Conor McGregor: Forget Pacquiao, I Want an MMA Fight Next!