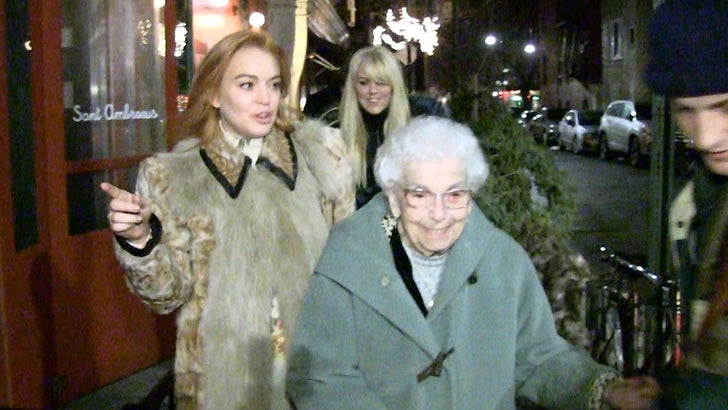 It was a timeline of Lohans Thursday night in NYC as three generations -- Lindsay Lohan, her mother Dina, and her grandma -- all filed out of a birthday dinner.

The Lo ladies were celebrating grandma's 94th birthday at Sant Ambroeus. Lindsay's bro, Dakota, and sister Ali were also there, but we gotta say ... grandma Sullivan is the star here. She's a spry 94!

Btw, LiLo's lobbying hard for the title role in the upcoming "Batgirl" film, and seemed optimistic when we asked her about it, despite some less than positive reactions on Twitter. 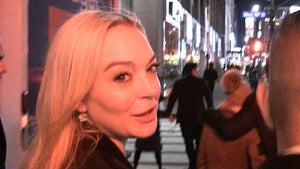 Lindsay Lohan Might Come Back to America for Studio Time 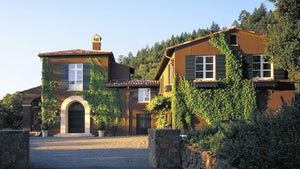