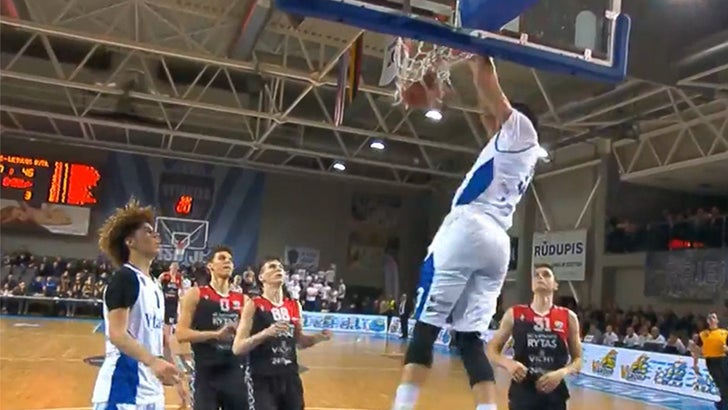 The Ball boys are back in a BIG way ... bustin' out for 60 POINTS combined in a blowout win for BC Vytautas in Lithuania.

LaMelo showed out from the jump -- getting up for a dunk and beating the first-half buzzer -- but the dopest play of the game had to be when he found big bro, LiAngelo, for a fastbreak oop in the 3rd.

Full disclosure -- Melo also missed an alley-oop to himself ... but who cares when you're a Big Baller?

Melo ended up with 31 -- 2 more points than Gelo -- and their squad's now 2-0 in their team's "Big Baller Brand Challenge" series exhibitions.

Not bad after being held scoreless in their 2nd pro game -- their first against legit pro competition. 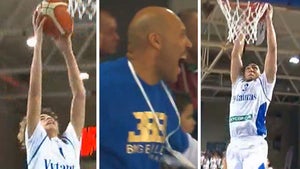