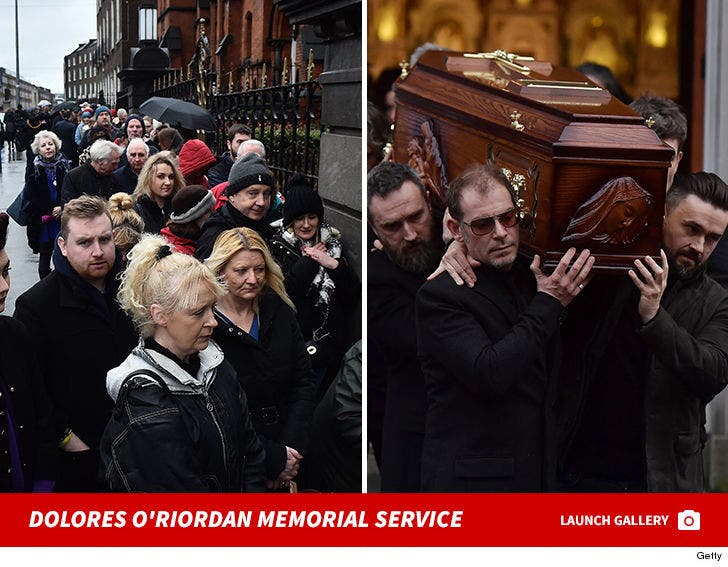 Dolores O'Riordan was mourned by hundreds this weekend in her native Ireland during an open coffin public reposal -- where bystanders said goodbye to the Cranberries singer.

Dolores' body was on display Sunday at St. Joseph's Church, where mourners flocked to pay their respects to the Irish rock star. The casket remained open, and some fans reportedly said she looked "at peace" ... according to the Irish Times.

Her mother and six siblings were in attendance, and her Cranberries bandmates left a floral tribute beside her coffin which read ... "The song has ended, but the memories linger on." 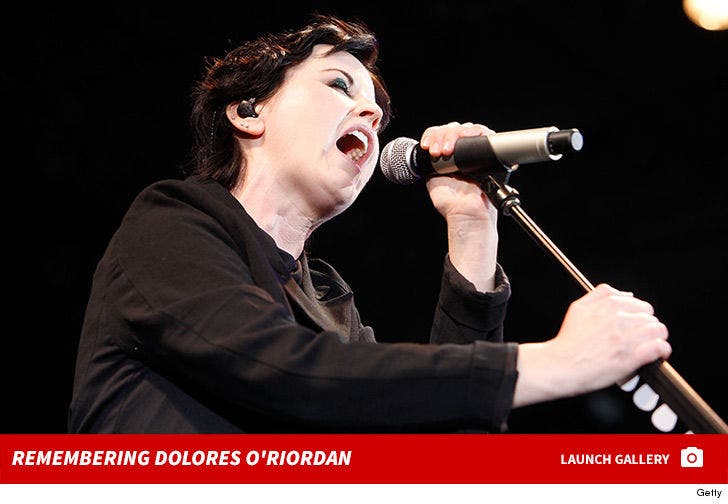 As we reported ... Dolores died this past week while recording in London. Her rep said she died "suddenly" and cops are treating the death as "unexplained" for now ... no further details have been released. Friends of hers told us she'd been "dreadfully depressed" as of late, and was also suffering from back pain.

Dolores will be laid to rest next to her father Tuesday at Caherelly Cemetery in County Limerick, Ireland.