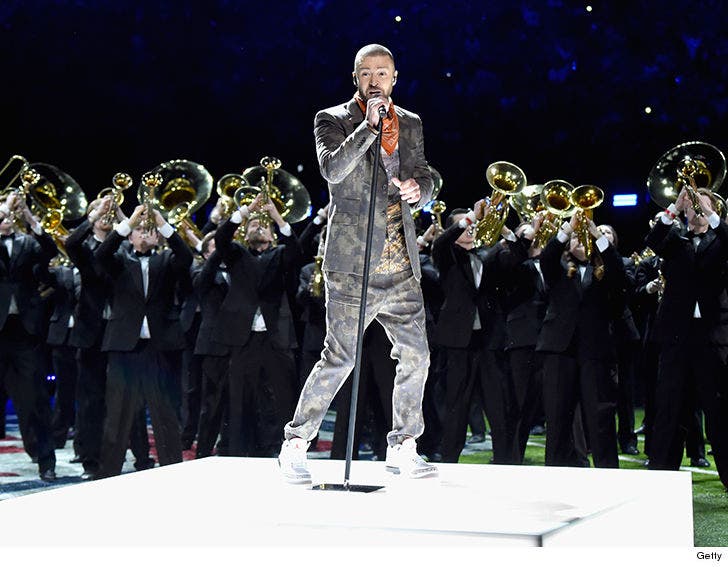 Justin Timberlake's gonna have words with the audio guys, because they ruined his Super Bowl halftime performance.

JT hit the stage Sunday -- his first shot at redemption since the infamous Janet Jackson wardrobe malfunction -- and this go-around didn't go much better.

The singer was almost impossible to hear, sometimes muted and sometimes almost silent. Meanwhile, his backup singers could be heard crystal clear.

It's unclear if he knew the mic was wonky.

The halftime show should have been sponsored by Verizon ... and the answer is no.