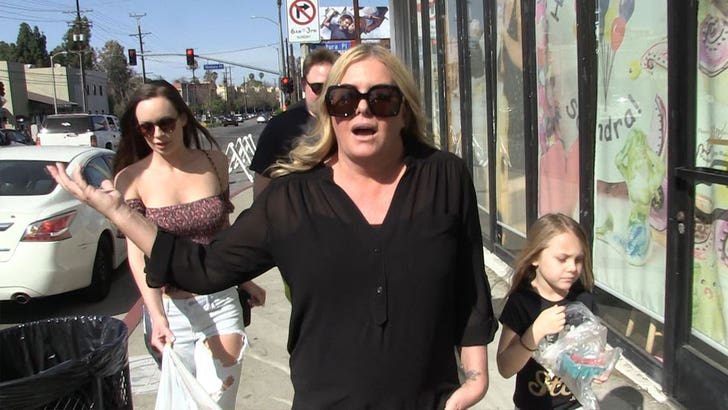 Nicole Eggert says Scott Baio is blowing up her phone on the heels of her going to cops with sexual abuse allegations against him -- something he flatly denies -- and now she's rolling with security.

We got Nicole Sunday at the L.A. Farmer's Market, where she was flanked by some huge dudes who she says she hired to help protect her and her fam from Scott -- especially since she claims he's been harassing her on the phone as of late. 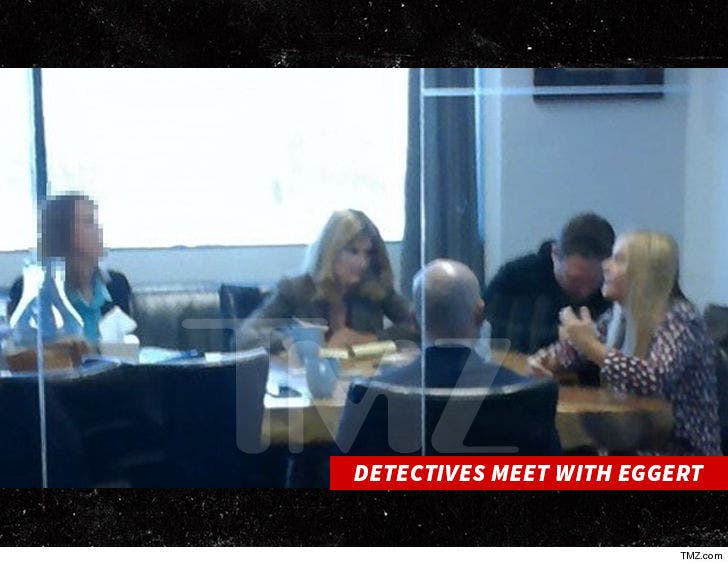 Nicole claims Scott's been hounding her and telling her to stop the public shaming and just talk to the cops -- which she did last week when she met with LAPD detectives and filed a police report.

Scott's rep tells TMZ he has not called Nicole -- not even once -- since she made her allegations. The rep says Scott received several hangup calls in which the ID of the caller appeared to be Scott's own number. The rep says, "Immediately after, he was contacted by an individual who gave him 24 hours to accept an unspecified offer which was characterized as 'help.'"

The rep goes on ... saying Scott immediately changed his number, adding, "We have significant evidence about the origin of these calls, and are bringing it to law enforcement Monday."

There's also this ... Nicole says there are more cast members that are also coming forward against Baio. Again, for the record ... he's completely denied her accusations.

Nicole also tells us if she'd like to see Baio in jail. 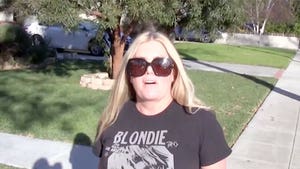 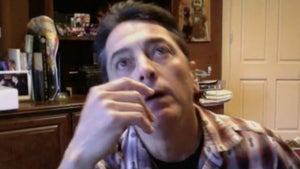