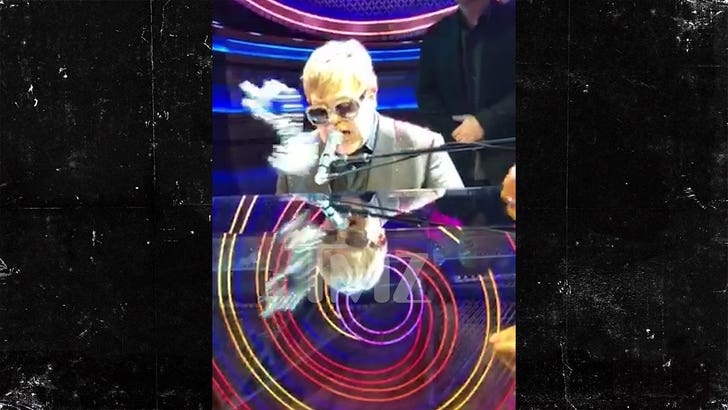 Elton John was totally down for fighting on a Wednesday night when a fan whacked him in the mouth with some beads ... temporarily silencing the legend.

Sir Elton was right in the middle of "Saturday Night's Alright for Fighting" during his Caesars Palace concert when what looks like leftover Mardi Gras beads came flying over his piano.

Check out the vid ... the singer was pissed and a little stunned as he checked his teeth for damage. Even though the band kept rocking, Elton needed a good 35 seconds to compose himself.

We're told he'd just invited the first row to come on stage, and one of those fans was the bead-tosser.

It's a guarantee he or she will NOT be invited back. 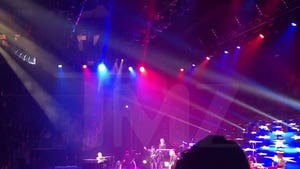