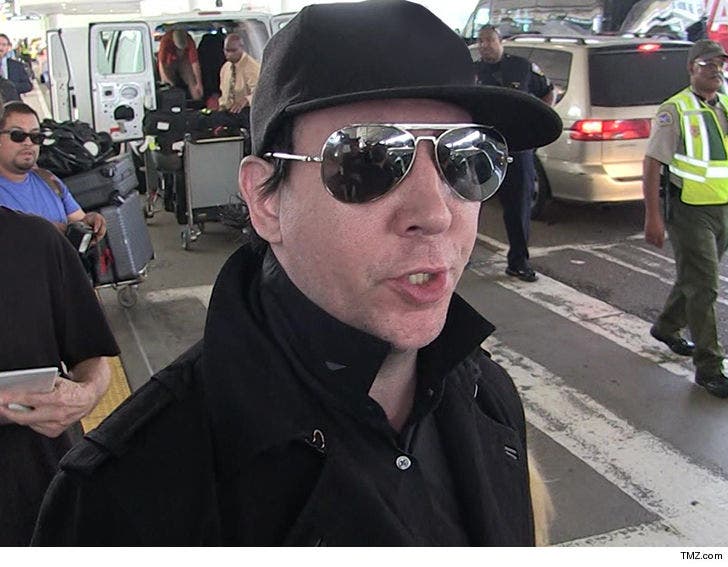 The shock rocker had a show at The Paramount concert hall in Long Island Thursday night, which we're told got started 90 minutes late. No biggie, it happens. But once Marilyn started, a concertgoer tells us Marilyn struggled through a mere 5 songs, acted strange, then went into a meltdown before leaving the stage for good.

The concertgoer also says Manson was wearing a white cast on his leg -- he was injured at a show in September -- and trashed New Jersey by calling it a "s**thole" before his early exit.

We're told he left during a long guitar solo and never returned, and security told everyone to leave with no explanation. Some fans thought he was "wasted" because he pushed over an amp and urged the crowd to tell him they loved him.

Our source says she paid $260 for 2 tickets and wants her money back.

Interestingly, his next gig is scheduled for Friday night at the Starland Ballroom in his fave state ... Jersey. 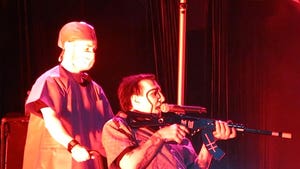