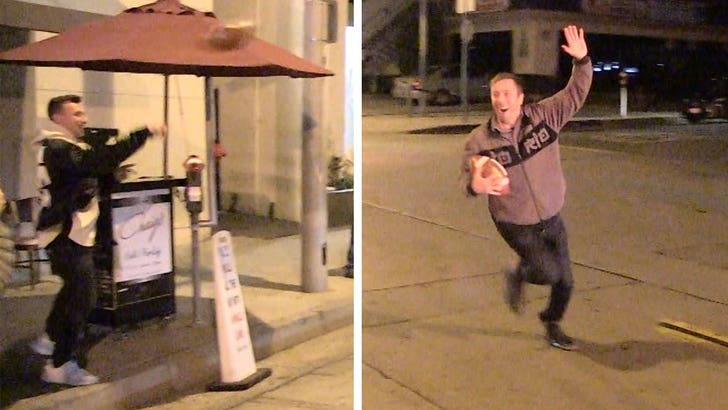 It's official, Johnny Manziel is back ... we at TMZ Sports have some of the first footage of Mr. Football braving the elements to complete a pass, and it was a strike.

To a TMZ camera guy.

Johnny was leaving Craig's when we decided all the talk was OVER, and asked Johnny if he'd be willing to put his arm on display right on the streets of L.A.

He did ... tossing a strike to our guy, (who's not exactly Josh Gordon) while wearing a jacket and a hoodie.

Manziel's gonna be playing in the Spring League to try to get his career back, but based on what we've seen in the Craig's league, he's ready to go. 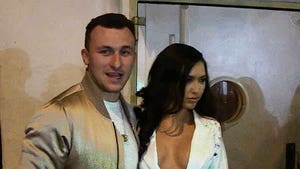 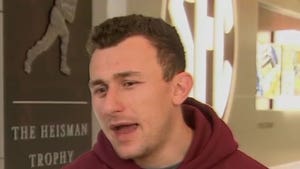